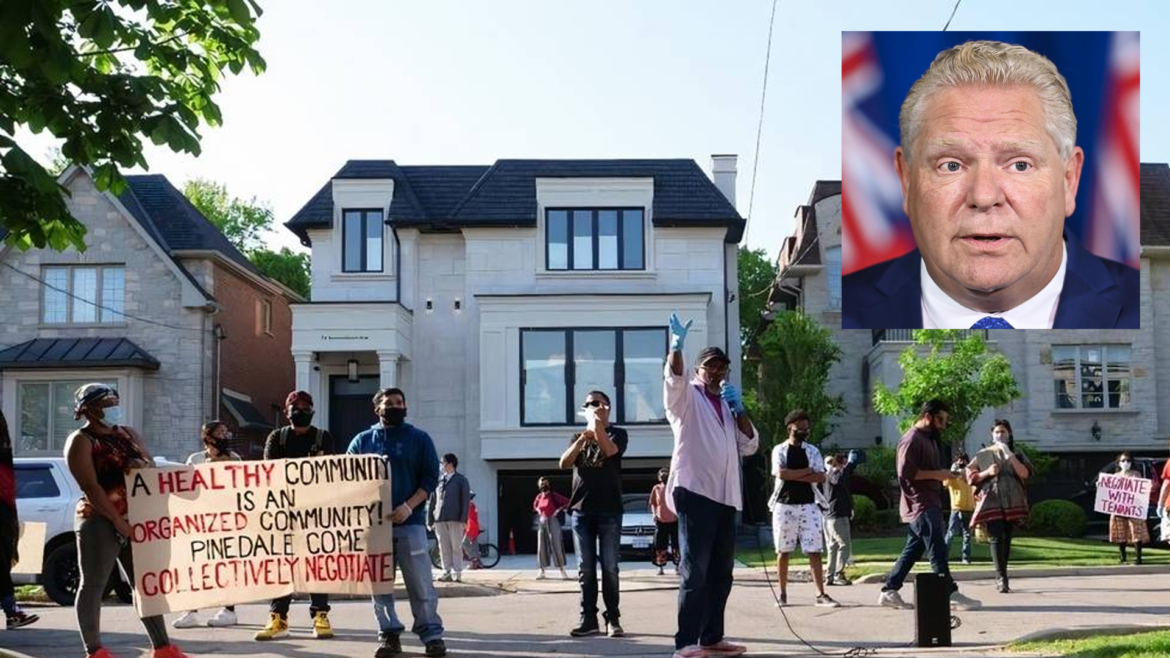 The Ford government recently issued an “emergency order” temporarily halting the enforcement of residential evictions. The order also includes protection for homeowners that have properties being repossessed.

However, online landlord tenant board hearings will continue, leaving some housing advocates concerned.

The order comes the same day that a provincewide stay-at-home order goes into effect to curb the spread of COVID-19.

Tenants’ rights groups and advocates for those experiencing homelessness have been calling for months for a long-term halt to evictions.

While the Landlord and Tenant Board will continue to hear eviction applications and issue eviction orders, those orders will not be carried out while the province is under a state of emergency.

The halt on evictions will be in effect as long as the province remains under a state of emergency. Lawyer Shibil Siddiqi clarified the terms of the order in a public statement.

“Residential evictions in Ontario won’t be enforced unless sheriff is asked to expedite, which is typically done in cases involving serious health and safety issues. However, nothing in the [regulations] prevents the landlord and tenant board from holding eviction hearings.”

“Thousands of people in Ontario are at risk of being thrown out of their homes, through no fault of their own, after losing income this year because of COVID-19. Calling off the sheriffs at the eleventh hour from enforcing evictions that have already been ordered will not keep folks housed and safe.”

Morrison called for a ban on all eviction notices, hearings and orders in addition to a halt on enforcement for the duration of the pandemic.

The NDP also said that virtual eviction hearings have been “rife with procedural unfairness.”

“Doug Ford has baked in loopholes you could drive a truck through, allowing any evictions to continue at the discretion of the landlord and tenant board.”

The NDP is also calling for rent relief for those who have lost income during the pandemic.

Tenants being threatened with lockout can contact the province’s Rental Housing Enforcement Unit for help. It is unclear whether Ford will go further and issue a ban on landlord and tenant board hearings.