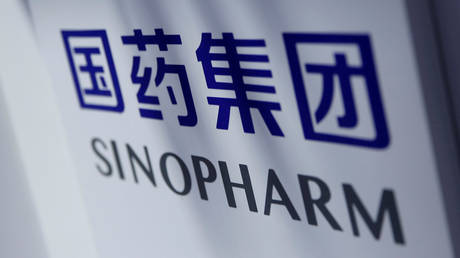 Hungary has reached an agreement with Sinopharm to bring the Chinese-made Covid-19 vaccine to the central European nation, according to the prime minister’s chief of staff, who claimed that EU procurement had been too slow.

Speaking on Thursday, the minister for the PM’s office, Gergely Gulyas, told reporters that the Sinopharm Covid jab could be coming to Hungary.

“There is a good chance we can get a vaccine from China, it is effective, 20 million people have already been vaccinated with it. It has already been agreed with Sinopharm that the Hungarian Medicines Agency must authorize the use of the vaccine in Hungary,” the minister said.

Gulyas said that Hungary was currently receiving fewer than 100,000 vaccines a week through the EU’s vaccination program, adding that it would take 30 weeks to vaccine those most at risk from the virus at the current pace.

“The country is ready so that if enough vaccine is available, we can vaccinate half a million people a day. That is, this work could be done in two weeks,” Gulyas said, before adding that the country is also negotiating with Russia regarding vaccine procurement.

Last week, European Commission President Ursula von der Leyen warned member states against making their own side deals with vaccine producers, adding that the EU had procured enough for every European citizen.

“The only framework we are negotiating in is as 27. We do this together, and no member state on this legal binding basis is allowed to negotiate in parallel or to have a contract in parallel,” von der Leyen told reporters in Brussels.

In December, UAE authorities, who have already authorized the vaccine, said the Sinopharm jab had shown to be 86 percent effective against the virus. The jab has also been approved in China, Bahrain, and Egypt.

A number of experts have deemed the vaccine “unsafe” after it was revealed to have a broad array of unwanted side effects.

Sinopharm has a second vaccine being produced by the Wuhan Institute of Biological Products which is also being used in China.