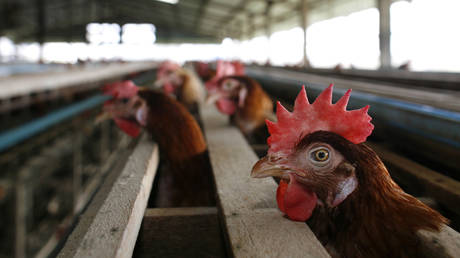 More than 101,000 hens are to be slaughtered at a single farm in Hungary after a laboratory confirmed the presence of avian flu at the site, the country’s food safety authority (NEBIH) said on Thursday.

The site at the center of the latest outbreak is a large-scale egg farm in Roundegyhaza. Bird flu was identified after a significant decrease in production and a rise in the amount of soft-shelled eggs laid raised infection concerns.

While authorities are awaiting further tests, samples confirmed the pathogenic virus on Thursday morning, with veterinary experts swiftly ordering the culling of 101,000 hens, the implementation of a 3km protection zone, and a surveillance zone with a radius of 10km.

The NEBIH doesn’t expect the most recent outbreak to impact foreign trade but, regardless, the agency confirmed that it has been in contact with partner countries, as per international protocol.

The situation in Hungary is the latest reported bird flu incident, following confirmed cases in several countries in recent months, including Lithuania, France, the UK, Germany and Russia, with health officials racing to prevent a wider outbreak throughout Europe’s bird population.

Authorities have taken the drastic culling measures given the risk of poultry flocks coming into contact with wild migratory birds. Livestock farmers have been given guidance to keep their animals inside, as part of their disease control measures.