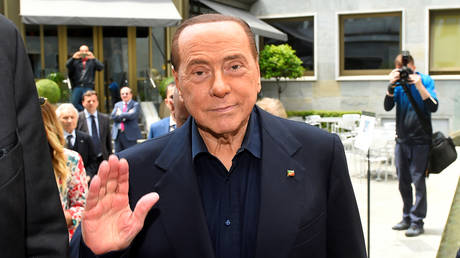 Former Italian Prime Minister Silvio Berlusconi has been admitted to a hospital in Monaco for tests after suffering an irregular heart beat, his spokesman and doctor said on Thursday.

According to Italian reports, the former PM was in Valbonne, France when he felt ill. His personal doctor, Alberto Zangrillo, saw the former premier on Monday and recommended he be admitted to a hospital in nearby Monaco rather than return to his native Italy for treatment.

While it’s not currently clear if Berlusconi has overcome the symptoms he was experiencing, Zangrillo stated that he expects him to “return home within a few days,” once test results have come back and doctors clear him for discharge.

Berlusconi is still the head of opposition party, Forza Italia, and his recent hospital admission comes amid political turmoil in the country, with the governing coalition on the verge of collapse following the decision of its junior partner, Italy Alive, to pull out of their agreement.

The 84-year-old political figure and media magnate has suffered numerous health problems in recent years, having been hospitalized back in September for 11 days after contracting coronavirus during a holiday to his villa in Sardinia. He also underwent open heart surgery in 2016.