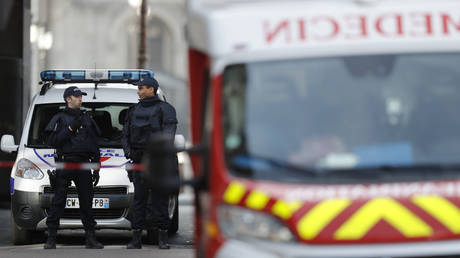 French police have launched an investigation after an alleged “black supremacist” blew up an apartment while making homemade explosives, injuring himself and another person in a Parisian suburb.

The 37-year-old man was arrested on Wednesday after an explosion and fire at an address in the Saint-Leu-la-Foret area northwest of the French capital, which injured the two occupants, a man and a woman.

“An investigation has been underway since Wednesday morning into the heads of criminal associations and the unauthorized manufacture of explosive devices,” a spokesperson for the Pontoise prosecutor’s office said on Thursday.

The male suspect, who has convictions for aggravated violence and threats against a person holding public authority, was arrested alongside a 29-year-old woman who does not have a criminal record, prosecutors said.

Local media reported that bomb disposal experts and firefighters were called in to the block of flats after a fire broke out at around 8am local time on Wednesday, while police evacuated around 30 residents as a precaution.

The man reportedly sustained serious burns to his hands while using chemicals in a bid to make an explosive device, while other substances were found inside his apartment, according to news magazine Le Point.

“This individual considers that the African race is superior to the European race, in particular in comments made on Facebook,” a local police source told Le Figaro.

The man was reportedly jailed, according to Le Parisien, after being found guilty of calling for violence against police officers in a 2016 blog post.