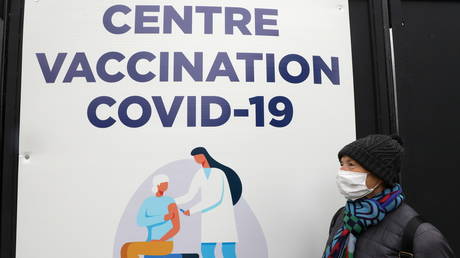 The French Health Minister has given a further damning assessment of the nation’s inoculation program against Covid-19, noting that, at best, only four million people will be offered a vaccine before the end of February.

Speaking on Friday, Health Minister Olivier Veran told reporters that French vaccination figures are no longer being eclipsed by neighboring countries, adding that there are now 833 inoculation centers around the country.

However, the health minister said current vaccine stocks would mean it is only possible to vaccinate “up to 2.4 million French people by the end of February,” a tiny proportion of what is being achieved elsewhere in the world. By comparison the UK is aiming to vaccinate 13.9 million people by mid-February.

“We will be able to reach 4 million French people,” if the AstraZeneca vaccine is approved by then, Veran added.

The French government has come under immense scrutiny for the slow progress it has made in vaccinating people against Covid-19.