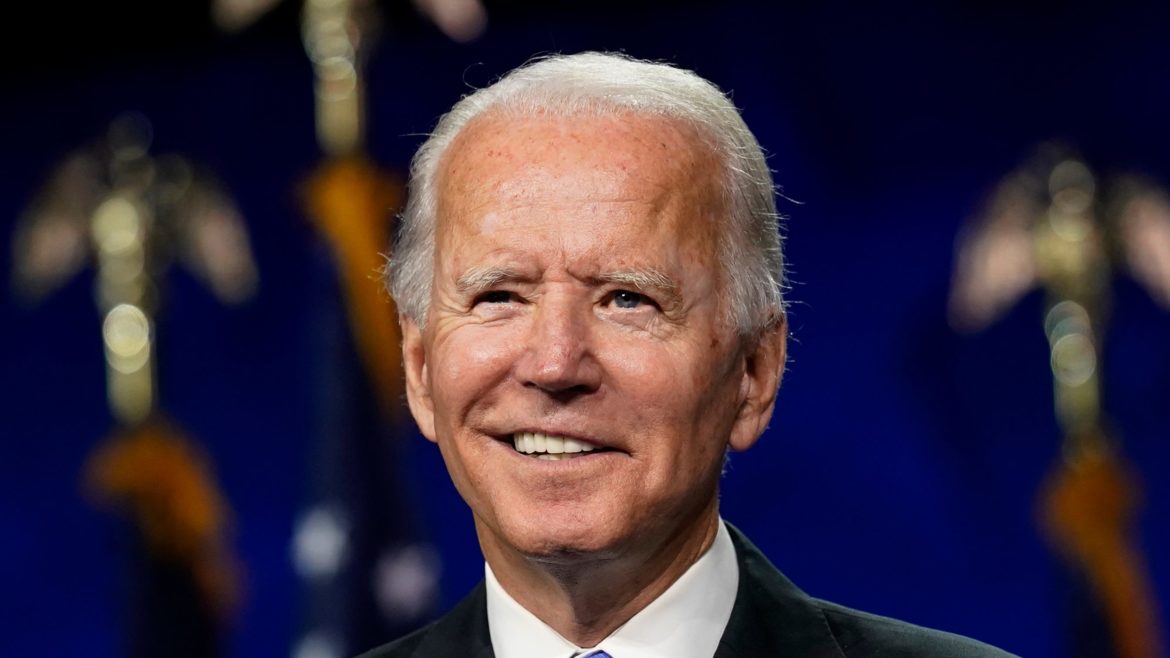 On Thursday night, President-elect Biden outlined the first portion of his administration’s two-step plan to contain the coronavirus and revive the struggling American economy. A key emphasis of his proposal is to give immediate, individual relief to Americans suffering in the pandemic-induced recession.

The so-called American Rescue Plan that Biden unveiled includes $1.9 trillion of relief spending. The proposal includes about a trillion dollars for extending unemployment benefits, rental aid, expanded child care assistance, direct payments of $1,400 to qualifying households, and more. It also includes $350 billion in aid to state and local governments whose budgets have been pummeled by the economic slowdown, and $20 billion to help distribute vaccines more quickly to Americans.

We have no time to waste when it comes to getting this virus under control and building our economy back better. Tune in as I announce my American Rescue Plan. https://t.co/4YAg0nhJMn

When President Obama unveiled his own economic stimulus package in 2009, he faced hostility from lawmakers in both parties fearful of spending that would increase the federal deficit and entitlement programs that looked like a government handout. The circumstances compelled Obama to propose just $787 billion in spending—an amount most economists now agree was insufficient to shock the economy back from recession—and funnel that money through programs meant to spur job creation, not provide immediate aid to families.

Twelve years later, Biden faces a Republican party that has vowed a return to austerity, but a softening within his own party’s ranks on programs that deliver direct aid. The dual Democratic victories in last week’s Senate runoffs in Georgia were a referendum on the political power of individual aid: Both Sens.-elect Jon Ossoff and Raphael Warnock ran on the issue, and a chorus of Democrats—including Biden—stood behind them.

But a one-time check isn’t the only way Americans can get direct cash under Biden’s plan. Roughly half of $1.9 trillion is dedicated to putting more cash into individual’s pockets via programs such as expanded tax credits, additional unemployment insurance, and a proposed $15 minimum wage. Here are a few of the details:

Jobs numbers this month have shown, in more ways than one, that the labor market’s recovery is sputtering. The Labor Department announced last week that employers had cut 140,000 jobs in December, as COVID-19 surged around the country, leading to stricter shutdowns. On Thursday, Labor published data showing that 1.2 million people had applied for unemployment benefits last week, an increase of more than 300,000 over the week before.

Biden’s rescue plan seeks to ease the unemployment crisis with a number of immediate measures, including:

Biden’s plan will give stimulus checks of up to $1,400 per individual or $2,800 per household. This amount, plus the $600 checks Americans received from the $900 billion stimulus package that President Trump signed last month, adds up to the $2,000-per-person promise Biden made while stumping for the Senate candidates in Georgia. But some progressive lawmakers, such as Rep. Alexandria Ocasio-Cortez (D-N.Y.), are calling on Biden to include a full $2,000 in his plan. Ocasio-Cortez accuses him of stopping short of his pledge: “$2,000 means $2,000;” she told the Washington Post, “$2,000 does not mean $1,400.”

The pandemic has perpetuated a childcare crisis in America. Protective equipment and safety measures have increased operating costs for childcare providers at the same time that their enrollment is declining because of contagion fears and the vast numbers of working parents who have lost jobs. Many providers face the prospect of closing permanently, which also could jeopardize parents’ ability to return to work as the economy improves.

Biden’s plan expands childcare tax credits for one year, providing families up to $4,000 for one child and $8,000 for two or more, and adds another $15 billion to a childcare block grant program to help families pay for care, prioritizing those who lost their jobs during the pandemic and are struggling to afford care. The plan also earmarks $25 billion in emergency funding to keep struggling childcare centers afloat.

Even as the pandemic has produced staggering job losses, it has also wrought a housing crisis, causing millions of tenants to fall behind on rent. Many such households have been able to stay put thanks to the Centers for Disease Control and Prevention’s moratorium on evictions. In December, Congress extended that moratorium through the end of January. It also allotted $25 billion in rental assistance for tenants, since the moratorium doesn’t wipe out any back rent owed to landlords. A relief proposal outline provided by senior Biden administration officials notes, “While the $25 billion allocated by Congress was an important down payment on the back rent accrued during this crisis, it is insufficient to meet the scale of the need”—and it calls on Congress to allocate another $25 billion in assistance.

Were Congress to pass Biden’s proposal, it’s possible this doubling of rental relief would still be insufficient: In December, Moody’s Analytics predicted that rental debt in the US will have climbed to $70 billion by year’s end.

Biden’s proposal includes additional relief in the form of a one-year expansion of two tax credits that target low-income households. The first, the Earned Income Tax Credit, lets families below a certain income threshold reduce their tax liability, and grows larger for households with children. Biden proposes more than doubling the credit for childless adults—to $1,500—and raising the income threshold for eligibility.

He’s also proposing to raise the Child Tax Credit to $3,000 per kid—and more for children under six. Biden wants to make the full credit refundable—meaning that if it brings a household’s tax liability below zero, the family will get a tax refund.

One element notably absent from Biden’s rescue plan is student loan forgiveness or forbearance. This summer, the education department suspended student loan payments and the accrual of interest on federal student loans. That forbearance is slated to expire January 31.

Biden has previously promised to extend the forbearance in the first days after his swearing-in. In a call with reporters on Thursday, administration officials said forbearance was still a priority for the president-elect, and that Biden would address the issue directly in the next phase of his recovery plan. They also reiterated Biden’s desire to make good on his promise to forgive up to $10,000 in student debt. Transition officials have expressed hope that the package will garner bipartisan support, so it can pass the Senate with 60 votes.