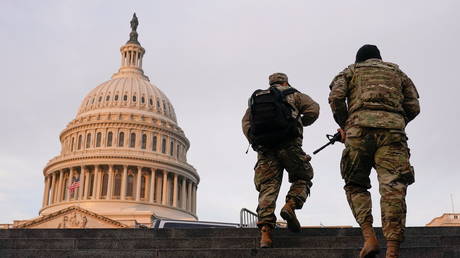 The iconic National Mall in Washington, DC will be closed to the public for a week for President-elect Joe Biden’s inauguration, the National Park Service (NPS) said, amid security concerns in the wake of the Capitol attack.

Vehicles, cyclists and pedestrians will be banned from all memorials, attractions and facilities in the area between the Washington Monument and the Lincoln Memorial from January 15 to 21.

“The closure has been ordered to ensure safety and security within the area of the National Special Security Event designated by the Department of Homeland Security for the presidential inauguration,” the NPS said in a statement.

The statement added that a limited number of people will be allowed to demonstrate at the nearby US Navy Memorial Plaza and John Marshall Park, but participants will require permits and will be screened before entry.

The US Secret Service has also released details of security restrictions for Washington, DC which include road closures and parking restrictions.

The Secret Service has established a what it is calling a “Green Zone” in the heart of Washington, D.C., with National Guard to check reasons for entry.

The moves come after pro-Trump supporters stormed the US Capitol building on January 6, resulting in the deaths of five people, including a police officer.

The Pentagon’s Joint Chiefs of Staff have called on the military to stay “ready” ahead of Inauguration Day, while the National Guard has been authorized to send up to 15,000 troops into Washington, DC, according to Reuters.

In other preparations, Airbnb said it will cancel all bookings in the city next week, citing reports of “armed militias and known hate groups that are attempting to travel and disrupt the Inauguration.”