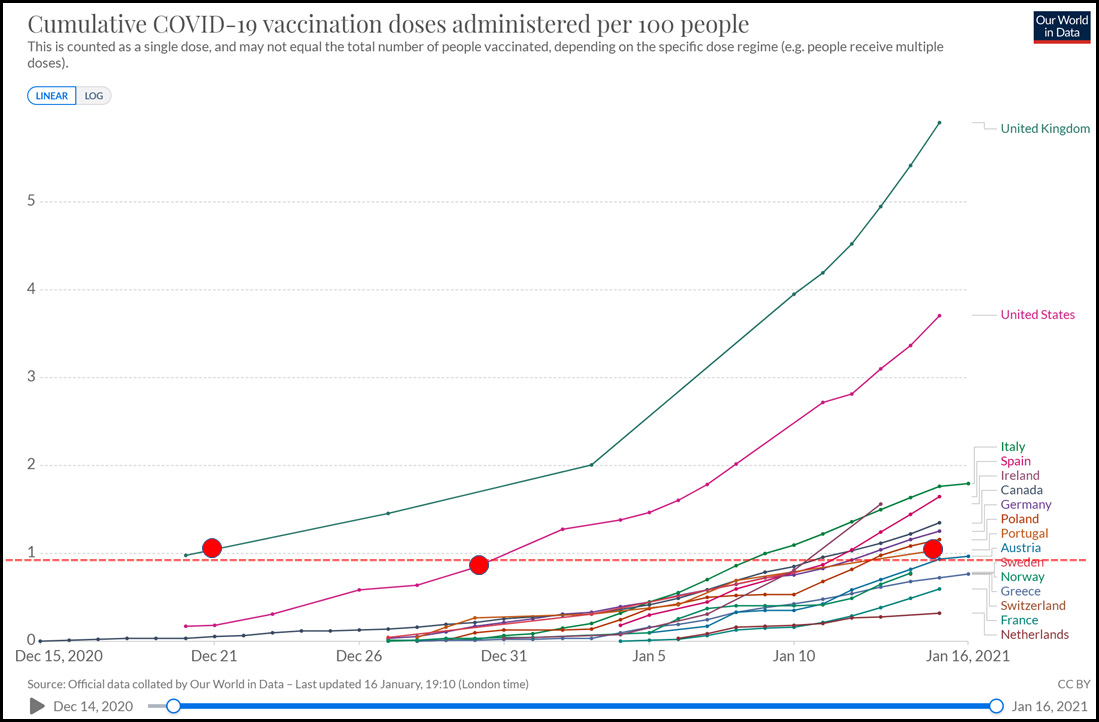 You have probably heard that Britain is kicking our butt when it comes to vaccinating their population from COVID-19. And they surely are. But before you think the ghost of Isaac Newton must be helping them along, take a look at this chart:

I have placed three large red dots at the point approximately two weeks after mass vaccinations started in each country (December 7 for Britain; December 15 for the US; and approximately January 4). As you can see, just about everyone is performing equally well: after two weeks, about 1 percent of the population has been vaccinated. And don’t be fooled by Europe. The reason for the wide spread in results is primarily because rollouts were scheduled differently in different countries. (Although the population-weighted average for all of Europe is a bit over 1 percent, which is slightly better than either the UK or the US.)

The big outlier, which I didn’t show on the chart, is Denmark, which is around 2 percent. The reason is twofold: (1) many countries rejected the Pfizer vaccine because of it extreme refrigeration requirements. Denmark set up cold storage units early and took all of the Pfizer vaccine it could get. (2) They didn’t hold back half their supply for second jabs. They just distributed every vial they had as soon as they got them.

Anyway, the gist of all this is that, roughly speaking, everyone is rolling out the vaccine about as well as everyone else.¹ The only difference is how long they’ve been doing it.

¹Except for Denmark, Israel, and Bahrain, which are kicking ass.