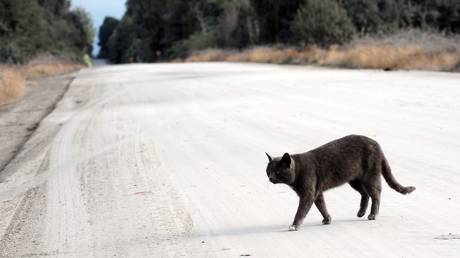 A party thrown in Chile to celebrate a cat’s birthday has resulted in a local coronavirus outbreak, with some 15 people contracting the disease, a health official has confirmed. The celebratory feline, however, was fine.

The bizarre incident was confirmed by Francisco Alvarez, an official with the Ministry of Health for Chile’s Valparaiso region. Speaking to Radio Bio-Bio on Saturday, Alvarez said that a coronavirus outbreak in the small seaside town of Santo Domingo, reported by local media a while ago, was indeed sparked by a birthday party thrown for a cat.

“Even though it sounds unbelievable and almost fiction, these things happen in our country,” Alvarez stated.

Health officials have doubted the cat’s birthday was the true motive behind the gathering, suspecting there was something more to it, but the revelers have insisted that was the genuine reason for the get-together.

“When I knew about this, I said… it’s a joke. Probably they said that to conceal something else, but it was exactly that,” the official added.

All in all, the cat’s birthday resulted in a coronavirus cluster of 15, which is quite sizeable for a city of fewer than 10,000 people. The feline was apparently the only being not to get sick in the aftermath of the party, Alvarez noted.

“The cat never had the virus, but the owner did,” he said, without revealing whether the outbreak resulted in any fatalities.