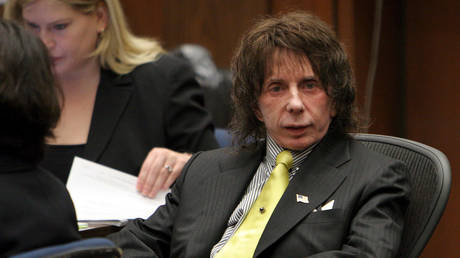 Phil Spector, who produced many of pop music’s biggest hits, has reportedly died from Covid-19 related complications at the age of 81. He was serving a prison sentence for murder.

Spector was diagnosed with the coronavirus disease four weeks ago and was transferred from prison to hospital.

TMZ is reporting that he recovered enough to return to jail but he relapsed and struggled with breathing and returned to a hospital where he died Saturday.

The 81-year-old was serving a 19 years-to-life sentence for the 2003 murder of actress Lana Clarkson. He was convicted in 2009, six years after Clarkson was shot dead at his home.

Spector carved out an extraordinary music career, winning acclaim as a record producer, musician and song-writer. He developed the hugely influential music production formula known as the Wall of Sound.

Spector produced 20 top 40 hits between 1961 and 1965 and went on to work with the Beatles, the Righteous Brothers and Ike and Tina Turner. He also influenced artists ranging from the Beach Boys to Bruce Springsteen.