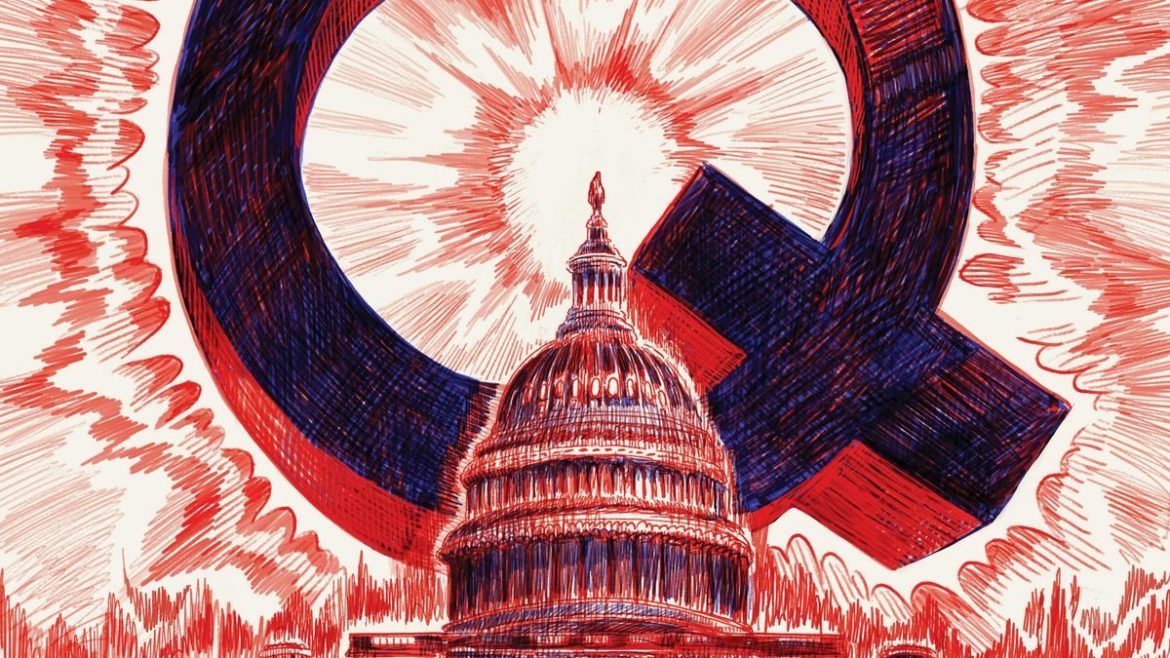 Greene’s most recent post included a video in which she spouted debunked claims about voter fraud in Georgia’s Senate runoffs and general election. Twitter added a note to that tweet and others Greene posted Sunday, saying that the claims were disputed. The platform also prevented the posts from being liked, replied to, or retweeted without a comment “due to a risk of violence.”

In a statement to reporters, Greene said her suspension was the result of Big Tech’s “borderline monopolistic stranglehold” on US political discourse. “If a conservative dares to utter a political opinion that is deemed unapproved by the internet police they are now subject to false accusations of ‘inciting violence’ simply for having a conservative view,” she said, claiming that conservatives were being “scared into submission by Socialists who want to end their way of life.”

Greene is an adherent of QAnon, a conspiracy theory that “holds that a cabal of liberal pedophiles is running a child sex ring which Donald Trump is trying to take down, despite attempts by the deep state to thwart him,” as my colleague Ali Breland has reported:

While Greene wholeheartedly backed QAnon at the outset of her candidacy, she appears to have eased off in favor of milder, veiled QAnon endorsements, under the guise of “saving the children.” Beyond her support of QAnon, Politico uncovered videos of Greene making racist, Islamaphobic, and anti-Semitic comments.

Greene was among the Republican members of Congress who raised objections to certifying Electoral College votes last week, after Trump supporters stormed the Capitol building in a riot that left 5 dead.

Twitter’s move comes nine days after the platform banned President Donald Trump for inciting the violence at the US Capitol. Since then, accounts that boost election-related conspiracy theories, including  prominent allies of the president, have been shut down in large numbers on Twitter and other social media platforms. The effort to deplatform Trump and his sycophants on social media has already led to a 73 percent decrease in election misinformation online, according to a recent report from analytics firm Zignal Labs.