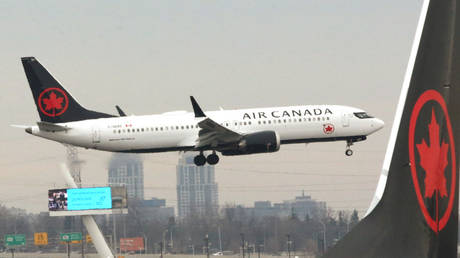 The Boeing 737 MAX aircraft is set to return to service in Canada following a flight ban of almost two years, which was imposed after crashes that killed hundreds of people, the country’s transport regulator said on Monday.

Transport Canada said in a statement that it will lift the ban on January 20, allowing “for the return to service of the aircraft in the coming days and weeks,” following the model’s global grounding in March 2019.

The regulator said it had issued an airworthiness directive outlining the changes made to the aircraft to allow it to fly, as well as requirements for the additional training of cabin crew.

“Canadians and the airline industry can rest assured that Transport Canada has diligently addressed all safety issues prior to permitting this aircraft to return to service in Canadian airspace,” said Transport Minister Omar Alghabra.

In October 2018, a Lion Air-operated 737 MAX crashed shortly after taking off in Jakarta, Indonesia, killing all 189 on board.

Then in March 2019, another aircraft of the same model, run by Ethiopian Airlines, crashed after taking off from Addis Ababa, killing all 157 people on board.

Since December 2020, airlines in Panama, Brazil, Mexico and the US have all resumed flights of the 737 MAX, while Singapore has taken its fleet out of storage in preparation for the resumption of flights.

Boeing began resuming deliveries of the 737 MAX in December last year, in what it said was a “key milestone as we strengthen safety and quality across our enterprise.”