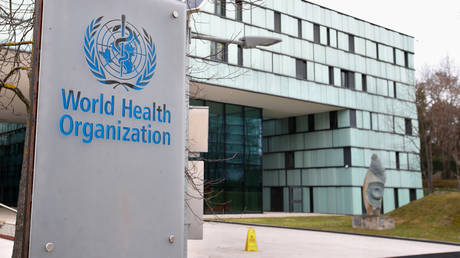 China, other governments and the WHO itself didn’t act fast and decisively enough against the novel coronavirus, allowing it to become a pandemic, an interim report by an independent WHO panel on the handling of the crisis states.

“What is clear to the panel is that public health measures could have been applied more forcefully by local and national health authorities in China in January,” the panel, led by former New Zealand Prime Minister Helen Clark and former Liberian President Ellen Johnson Sirleaf, noted.

The first cluster of Covid-19 cases, in Wuhan, was reported to the WHO’s China office on December 31, 2019. The whole city was swiftly quarantined; however, the virus swiftly spread around the globe, infecting more than 93 million and killing over two million people over the next year.

Tasked with reviewing the global handling of the Covid-19 pandemic, the WHO panel was not only critical of Beijing, but also pointed out that measures aimed at containing the virus elsewhere should have been applied “more rapidly” internationally, “but in far too many countries this signal was ignored.”

The WHO’s own response to the outbreak also raised questions among the authors of the interim report. They said it wasn’t clear why the UN body’s emergency committee only gathered in the third week of January 2019 over the novel coronavirus, and then didn’t declare an international emergency until January 31.

The paper also suggested the WHO could have started using the word “pandemic” earlier than mid-March in order to “focus attention on the gravity” of the situation.

“The World Health Organization has been underpowered” to tackle the Covid-19 crisis, the panel said, adding that the virus has also shown that “the global pandemic alert system is not fit for purpose.”

The experts have pledged to provide recommendations in their final report in May.