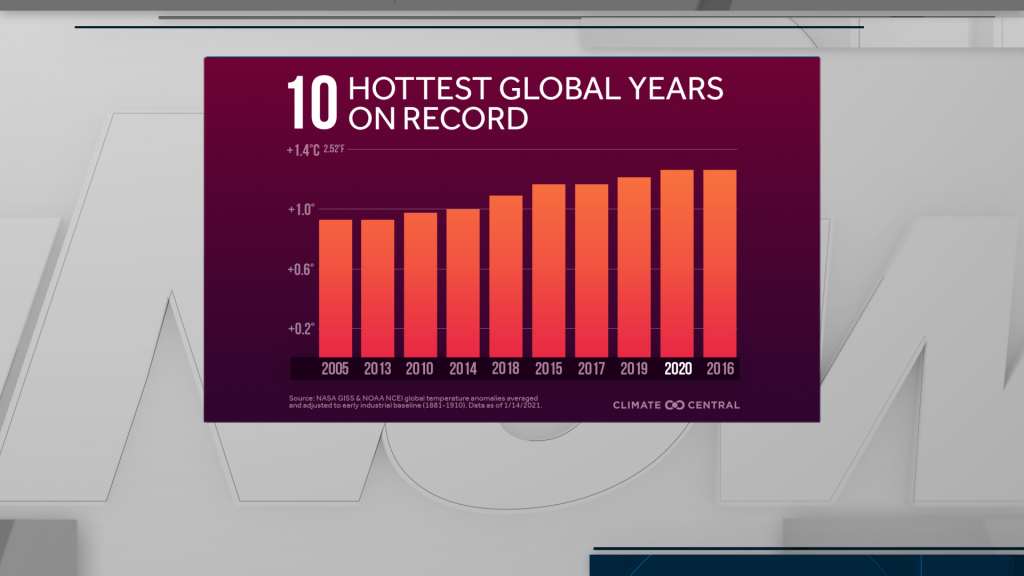 New research from York University says over 5,000 lakes in the Northern Hemisphere are at risk of permanently losing winter ice coverage within a few decades.

The study asserts that this could have a major impact on the freshwater supply, ecosystems and even the economy through winter recreation activities, like ice fishing and in water purification systems.

As the planet continues to warm, 2020, being in the top three warmest on record, the ever-important ice formation on the lakes continues to drop at a rapid pace.

Lead researcher Sapna Sharma, an associate professor in the faculty of science, alongside postdoctoral fellows Kevin Blagrave and Alessandro Filazzola, looked at past and current lake ice and temperatures data. They projected that nearly 5,600 large body lakes are at the greatest risk of permanent ice loss in a few carbon emission scenarios — and the impacts will be felt on a few fronts.

Here is a look at the past ice coverage maximums on the Great Lakes over the past several decades:

“Ice cover is also important for maintaining the quality of our freshwater,” says Sharma. “In years where there isn’t ice cover or when the ice melts earlier, there have been observations that water temperatures are warmer in the summer, there are increased rates of primary production, plant growth, as well as an increased presence of algal blooms, some of which may be toxic.”

In addition to water quality, the loss of ice fishing activities, which in some communities are large economic drivers, could come to halt. In addition to that, there are some meteorological factors to consider.

Sean Sublette, a meteorologist with the Climate Matters program of Climate Central says, “there will be more evaporation, [without ice coverage] not just that the lake is drying up as a concern, but that precipitation will be heavier.”

“If you have a warming environment there is going to be more evaporation in the first place and more precipitation coming out of it,” she adds. “So, you are looking at heavier rain or heavier snow.”

This would be a strain on the current urban infrastructure when it comes to flooding– adding even more water into the system.