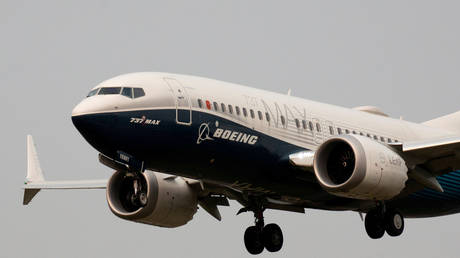 The head of the European Union Aviation Safety Agency (EASA) has said the regulator will remove a ban on Boeing’s 737 MAX plane, which has seen the jet grounded for almost two years after it was involved in two deadly accidents.

Speaking on Tuesday, EASA executive director Patrick Ky said the body would publish an updated airworthiness directive regarding the plane next week.

“We expect to publish it next week, which means the MAX will be cleared to fly again,” Ky said, adding that a separate certification of the MAX-200 variant will likely follow in the “coming weeks.”

Airlines in Brazil and the US are already flying the aircraft, while Canada announced on Monday that it would remove the 737 MAX’s flight ban on January 20.

The aircraft was universally banned from taking to the skies after two deadly accidents in late 2018 and early 2019.

Lion Air Flight 610 crashed into the Java Sea 13 minutes after takeoff in October 2018, killing 189 people. In March 2019, Ethiopian Airlines Flight 302 crashed near the town of Bishoftu just six minutes after takeoff, killing all 157 people on board.In both cases, the aircraft’s anti-stall software was blamed for the deadly crashes.

The 737 MAX had only flown 500,000 flights when it was grounded, giving it a fatal accident rate of four flights per million, far higher than for most modern airliners.