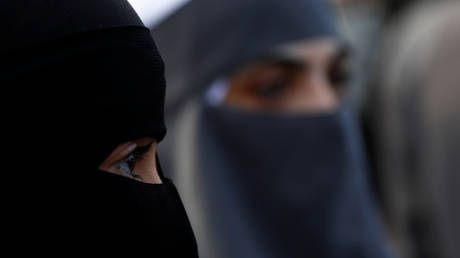 The Swiss Federal Council has urged citizens to reject a move to ban the burqa across Switzerland. It suggested regional restrictions on the garment would be more appropriate, and that a nationwide move might impact tourism.

In a statement released on Tuesday, the federal government of Switzerland warned people of the impact a wide-scale burqa ban might have, notably on tourism from wealthy Gulf nations.

“A nationwide ban would undermine the sovereignty of the cantons, damage tourism, and be unhelpful for certain groups of women,” the statement reads.

“The Federal Council considers the initiative to be unnecessary, since there are very few women in Switzerland who cover their face completely. Most women who do so are tourists, and these spend only a brief time in the country.”

The Swiss people are due to vote in a nationwide referendum on the banning of full facial coverings on March 7.

In a regional poll, the cantons of St. Gallen and Ticino already opted to ban the burqa, and the federal government has recommended that any restrictions on face covering continue in this way, as a whole-country ban is likely to impact some cantons more than others.

A number of areas around Lake Geneva, as well as certain other parts of Switzerland, frequently attract wealthy visitors from the Middle East. It is thought a nationwide ban might deter many Muslim tourists from visiting.

However, the Federal Council also acknowledged that there are challenges in relation to security and proof of identity when women wear the burqa. It said it supported initiatives that would see people fined for refusing to prove who they were when requested, instead of an outright ban on the garment.

The Egerkinger Komitee, a group of like-minded conservatives that includes members of the right-wing Swiss People’s Party and the Federal Democratic Union of Switzerland, proposed the burqa ban. It claims it “provides and organizes resistance against the claims to power of political Islam in Switzerland.”

Around five percent of Switzerland’s 8.6-million population are Muslim, according to official statistics.