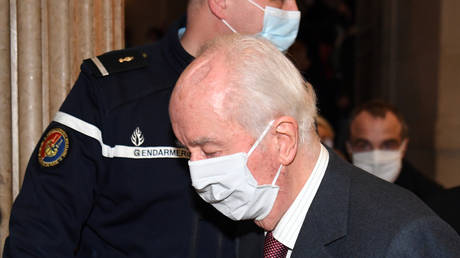 Former French Prime Minister Édouard Balladur has gone on trial in the Court of Justice of the Republic in Paris, over accusations that he’d financed his 1995 presidential bid with illegal kickbacks from arms deals.

Balladur is appearing before the judicial tribunal charged with complicity in misuse of corporate assets and with concealment over the ‘Karachi Affair.’

The investigation began after a 2002 bombing in Karachi killed 11 French engineers and four others. While it was initially viewed as a terrorist attack, authorities shifted focus, believing it could’ve been revenge for President Jacques Chirac’s decision to halt payments of secret arms-deal commissions.

Balladur, the oldest living former French prime minister, has been accused of approving the payments and of receiving kickbacks totaling 13 million francs (An equivalent of $3.3 million today).

Three ex-government officials have already been found guilty in June in relation to the incident, alongside three others.

The former political leader has rejected claims of illegality, arguing that the millions of francs came from the sale of T-shirts and other campaign memorabilia.

At 91-years-old, it is not yet clear if the former prime minister will appear in court for the duration of the trial, although his lawyer indicated Balladur is open to facing the judges and to answering any questions they have.