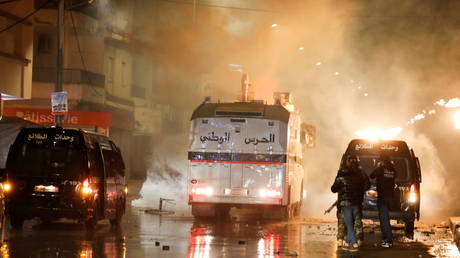 The Conference of European Rabbis (CER) has expressed “deep concern” for Tunisia’s Jewish community and condemned inflammatory remarks by the country’s president who casually blamed the ongoing unrest on “thieving Jews.”

“We consider that the Tunisian government is the guarantor of the security of Tunisian Jews,” CER President Rabbi Pinchas Goldschmidt said, as quoted by the Jerusalem Post.

Such allegations threaten the integrity of one of the oldest Jewish communities in the world.

The “deep concern” raised by the CER was prompted by a remark from Tunisian President Kais Saied, made earlier this week as he met people in a poor neighborhood in the country’s capital. Amid a heated discussion about ongoing political unrest in the country, the president casually mentioned “thieving Jews,” implying that they might be behind the turmoil.

Saied, a political newcomer elected back in 2019, is no stranger to anti-Semitic remarks and maintains a strong anti-Israeli stance. During his campaign, he said that any attempt to normalize ties with Israel – which he referred to exclusively as a ‘Zionist entity’ – constitutes high treason. He also said that Jews who don’t have “dealings with Zionists” or hold Israeli passports may visit synagogues in Tunisia freely.

Tunisia is enduring a wave of mass protests, primarily driven by economic hardship. The protests, which have hit the capital city of Tunis as well as other locations across the country, have devolved into violent clashes for the past five nights.

The protesters have been reportedly chanting slogans, dating back to the ill-fated ‘Arab Spring’, which sent the whole regions of the Middle East and North Africa into years of bloody turmoil and wars over a decade ago. “The people want the fall of the regime,” the crowd was heard chanting during a mass protest in Tunis on Tuesday.