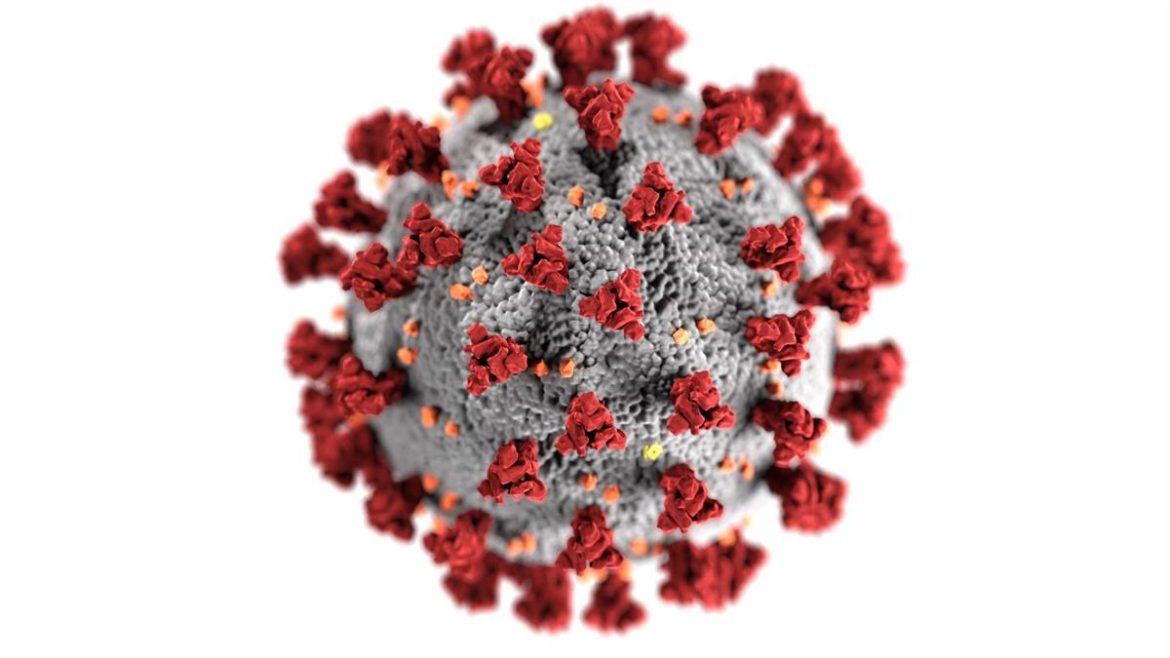 The morning of January 8, employees gathered in the lobby at LiveWell, a nonprofit long-term care facility in central Connecticut, to receive their first dose of the COVID-19 vaccine. Armed with fresh N95 masks and face shields, they trooped upstairs in 15-minute increments to get their shots, then returned to cheers and applause from their colleagues. Some took photos in front of a poster emblazoned “I got my #ShotOfHope.” Others put a sticker on their face shields to indicate they’d gotten vaccinated.

Meanwhile, CVS pharmacists and pharmacy technicians went from room to room vaccinating LiveWell’s residents, all of whom have dementia. By the end of the day, 99 percent of the facility’s 111 residents had received their first dose, while about 70 percent of the facility’s 207-person staff had been vaccinated, according to LiveWell chief operating officer Maley Hunt.

The high vaccination rate among LiveWell’s staff appears to be unusual for Connecticut, where, like elsewhere across the country, it’s been difficult to convince nursing home employees to get the coronavirus vaccine. As the first of three rounds of vaccination wrapped up in Connecticut nursing homes earlier this month, only about 40 percent of the staff at the state’s facilities had agreed to be vaccinated so far, according to Dr. Vivian Leung, a member of the state’s public health department who has been helping nursing homes detect and respond to the coronavirus.

Since the earliest days of the pandemic in the United States, nursing homes have been the site of the country’s most lethal outbreaks—including in Connecticut, where residents and staff account for 65 percent of all COVID-19 deaths. Across the country, nursing home residents and staff have been uniformly prioritized for early vaccination. In late December, under the federal Pharmacy Partnership for Long-Term Care Program, Walgreens, CVS, and other drug stores began holding vaccination clinics at nursing homes. But now, as the initial round of clinics approaches completion, not only has the rollout been slower than expected, but early estimates reveal that in some places, more than half of nursing home staff are still waiting to be vaccinated or refusing the shot altogether.

In some places, more than half of nursing home staff are still waiting to be vaccinated or refusing the shot altogether.

In some Virginia nursing homes, for example, as few as 10 to 20 percent of staff have agreed to receive the vaccine, estimates Dr. Christian Bergman, a geriatrician and member of the state’s COVID-19 long-term care task force; the more successful facilities in the state have vaccinated around 40 percent of their employees. North Carolina’s secretary of health and human services said in early January that more than half of nursing home workers in the state might refuse the vaccine. In Ohio, just 40 percent of staff statewide who had been offered the first dose of the vaccine in late December accepted it, Gov. Mike DeWine said at a press conference. A spokesperson for CVS Health, which is administering nursing home vaccinations in 49 states, Washington DC, and Puerto Rico, says that initial vaccine uptake among staff remained low as of mid-January.

Now, states, employers, and associations for nursing home professionals are mounting efforts to convince more workers to get the vaccine, offering Zoom chats with experts, town hall meetings, and online education about the vaccine’s safety and effectiveness. The goal is to prevent future outbreaks at nursing homes, Bergman explains. “The more staff that get vaccinated, the less likely that you would have a new outbreak in the future,” he says. “The size of the outbreak would likely be smaller if you had more staff that were vaccinated.” Even though vaccination rates are high among long-term residents, most nursing homes will continue to care for short-stay patients who may be unvaccinated and vulnerable.

Bergman isn’t surprised by the low vaccination rates among some nursing homes. According to the CDC, only about 69 percent of long-term care facility staff get flu vaccinations. “If I have 40 percent of staff getting this brand new vaccine after just one clinic with CVS, that’s very good turnout,” he says. In a January 6 progress report, CVS Health noted that the low rate of staff vaccinations so far may be partly due to staggered vaccination dates. And in some facilities, the vast majority of staff have opted to get the vaccine as soon as it was offered, including at the Life Care Center of Kirkland, the center of the first known US outbreak.

But Bergman has noticed a stratification among long-term care workers who have so far decided to get vaccinated: Managers are more likely to want the vaccine, while lower-paid workers like sanitation staff and certified nursing assistants are more hesitant. That’s no surprise to Lori Porter, cofounder and CEO of the National Association of Health Care Assistants, a professional group for certified nursing assistants. In an informal Facebook poll of 3,119 CNAs conducted by Porter’s group in mid-December, 72 percent of respondents were a “hard no” for the vaccine. Just six percent were undecided.

Some believe the vaccine is a hoax, Porter says; some think they are being used as guinea pigs. CNAs, she explains, “don’t trust the government, and they don’t trust their leaders, their managers”—a result, she argues, of CNAs being “battered” by workplace conditions, where they are under high pressure to care for too many residents with little professional support. “Oftentimes, they’re not communicated with,” she says, “which also leads to the trust factor.” That mistrust has only grown as companies began offering incentives to be vaccinated, Porter adds. One nursing home chain, PruittHealth, said it would distribute Waffle House gift cards to vaccinated employees. At least two chains, Juniper Communities and Atria Senior Living, have made vaccines mandatory for almost all workers.

Porter is worried about the second round of clinics. She’s begun to hear from CNAs who say they will refuse the second dose of the vaccine. “Not because they’re afraid of it,” she explains. “They can’t afford to miss three days work with the side effects.”

At LiveWell, a standalone nonprofit facility in Plantsville, Connecticut, the groundwork for its successful vaccination rollout was laid in early in the pandemic, when managers at the nursing home tried to send a message that all employees were all responsible for keeping LiveWell’s dementia patients safe. “We have a population of people that can’t tolerate wearing a mask,” Hunt says. “They don’t understand social distancing. They kind of sometimes go in other people’s rooms, or use different bathrooms. The idea of stopping the spread, once it got in the building, was basically designated as almost impossible.”

To safeguard residents, LiveWell required employees to wear masks and prohibited visitors before the state required such measures. It also decided not to allow staff to work multiple jobs, which is common among nursing home employees. (A recent study analyzing smartphone location data found that nursing homes that had more staff or contractors moving among multiple facilities tended to have a higher number of COVID-19 cases.) According to Hunt, employees who gave up other jobs to stay at LiveWell were offered more hours, while those who declined to give up other gigs may return to their LiveWell jobs after they get the vaccine or once community transmissions decreases.

“There seems to be an increased confidence and decreased concern as medical staff are seeing more and more of their colleagues get vaccinated.”

The company also paid attention to who was inside the nursing home’s “bubble.” “The team wasn’t just the team that worked here,” Hunt says. “We made sure that we were keeping people’s family safe as well.” The company offered masks for employees’ kids, hand sanitizer for households, and back-to-school packs to families. Under the Families First Coronavirus Response Act, the company offered paid leave not only to workers with symptoms, but also to those whose family members had been exposed to the virus. It also gave rapid antigen tests to family members who were showing symptoms of COVID-19. “Creating that bubble with both our staff and our families, and letting the families know how important they are in rooting us on, and making sure that they’re feeling connected with what’s happening, even when they’re not here, made them tremendous advocates and supporters of the team,” Hunt says. By the time the vaccine became available, she says, “Our staff were so excited. They see this as hope, and they see this as a return to normalcy.”

LiveWell almost escaped the pandemic unscathed. The combination nursing home and assisted living facility went more than 270 days without any coronavirus cases among its residents. Then, shortly after Thanksgiving, an employee tested positive one day after working in one of the skilled nursing units. Over the following weeks, 29 out of 30 residents in that unit tested positive for the virus. Nine people died. Hunt remembers standing in the affected unit in the midst of the outbreak as another staff member told her they didn’t want to get the vaccine. “It evoked an emotional response in me,” she says. “I had this feeling of, ‘Why? How could you not want to get this? This is going to save lives.’”

As LiveWell prepared for vaccinations, the company called every employee on staff individually to have a conversation about the vaccine, Hunt says. Those who weren’t sure about it were required to attend a half-hour Zoom meeting with a doctor of geriatric medicine, who answered their questions and tried to address their worries. Some employees brought up their concern that the vaccine had been developed too quickly; some had questions about potential long-term side effects or implications for pregnant women; others cited disinformation about microchips or fetal tissue being in the vaccine. The doctor, Hunt said, tried to listen without judgement, understand the roots of people’s fears, and address their questions fully. “They might be saying, ‘What about the long term side effects?’” Hunt says. “But what they’re thinking is something else, or there’s something underneath there, some other medical experience that they’ve had.”

Leung, at the Connecticut Department of Public Health, believes that more nursing home staff members in the state may get the vaccine when it is offered a second time. “There seems to be an increased confidence and decreased concern as medical staff are seeing more and more of their colleagues get vaccinated,” she says. Bergman, in Virginia, harbors the same hope. At his nursing home’s first vaccination clinic, 24 out of 85 staff agreed to be vaccinated. “If they can provide firsthand experience,” he says, “we may be able to convince a few other people who were just kind of anxious about, potentially, the side effects.”

According to Hunt, 25 more LiveWell employees have pledged to get their first dose of the vaccine at the facility’s second clinic date on January 29. Ultimately, the company is aiming for 90 percent of its employees to be vaccinated. For now, Hunt says, it’s focusing on one-on-one outreach to people still hesitant to get the shot.  “We’re not giving up on them yet,” she says.