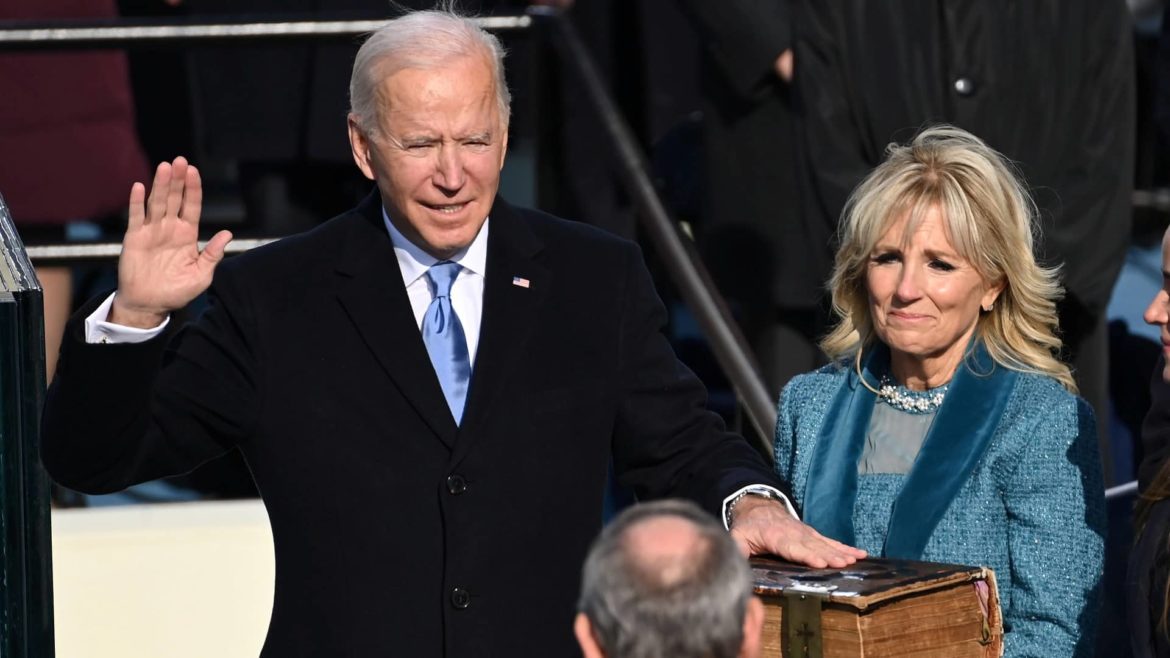 Joe Biden has officially been sworn in as the 46th president of the United States.

The inauguration ceremony was unusual in many ways. Attendees stood masked and six feet apart, and members of the general public were represented by small flags lined up on the National Mall. And, breaking with tradition following a presidency that smashed every accepted norm of decorum, Trump was not present to welcome the incoming president.

The moment @JoeBiden was sworn in as the 46th President of the United States. pic.twitter.com/mq6ffIUynk

There we have it: Trump, after 1,461 days as president, is finally out of office.

Follow along with our liveblog for more updates throughout the afternoon.