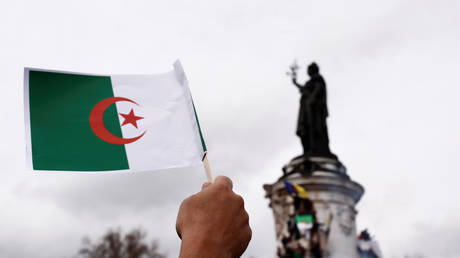 The office of the French president has ruled out issuing a formal apology for colonial abuses in Algeria, as the Elysée Palace awaits the findings of a report on the “memories of colonization and the Algerian war.”

“Symbolic acts” are being considered, but there will be “neither repentance nor apologies” following the submission of a report on Wednesday, the office of President Emmanuel Macron announced.

Macron will participate in three days of commemoration as part of the 60th anniversary of the end of the Algerian war in 1962.

A report by French historian Benjamin Stora on the “memories of colonization and the Algerian war” is due to be submitted to the Elysée Palace on Wednesday. The document will include proposals to achieve “a necessary reconciliation” between France and Algeria, nearly 60 years after the end of the conflict.

Macron himself once claimed French colonization was a “crime against humanity”.

“It’s truly barbarous and it’s part of a past that we need to confront by apologizing to those against whom we committed these acts,” he asserted in a 2017 interview.

Relations between the two nations are still tarnished by the atrocities committed by both sides during the 1954-1962 Algerian war of independence.