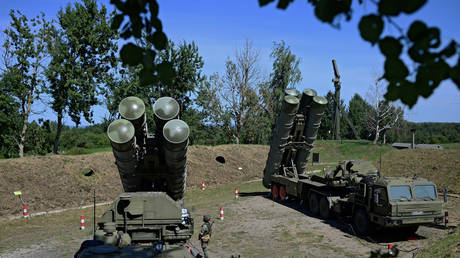 New US President Joe Biden’s nominee for secretary of state, Antony Blinken, has lashed out at Ankara over its purchase of the Russian S-400 defense system, saying Washington could consider additional sanctions against Turkey.

“The idea that a strategic – so-called strategic – partner of ours would actually be in line with one of our biggest strategic competitors in Russia is not acceptable,” Blinken told the US Senate Foreign Relations Committee during his confirmation hearing.

The man chosen by Biden as America’s next top diplomat said Washington would need to “take a look to see the impact that the existing sanctions have had” on Turkey to determine if any additional measures needed to be taken.

Blinken then put the blame for the strained relations between the US and Turkey on Ankara, saying that it had violated the spirit of partnership with America by making such deals with US adversaries.

“Turkey is an ally that in many ways … is not acting as an ally should, and this is a very, very significant challenge for us and we’re very clear-eyed about it,” he said.

The US slapped sanctions on the Turkish defense industry in December 2020, under the Countering America’s Adversaries Through Sanctions Act (CAATSA). It was the first time the legislation had been used against a US NATO ally. At that time, Washington also demanded Ankara “resolve the S-400 problem immediately.”

Turkish Defense Minister Hulusi Akar had called on the US earlier in January to abandon the language of threats and sanctions, and to resolve all the issues through dialogue.

President Recep Tayyip Erdoğan expressed his hope that he could talk to Biden and the two could “take much more positive steps” to put relations between the two nations “back on track.”

In 2017, Turkey signed an agreement with Russia worth $2.5 billion for delivery of multiple S-400 air defense system units. The deal has been a point of contention between Ankara and fellow NATO member the US ever since, and the Trump administration kicked Turkey off its F-35 fighter jet program, citing security concerns.