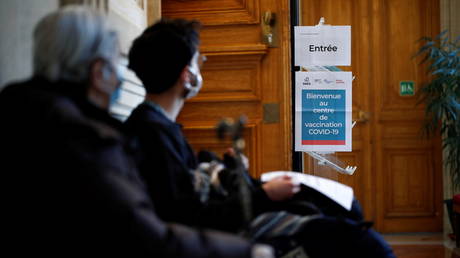 Hospital officials in Paris are warning that the spread of coronavirus threatens to sharply increase in the coming weeks, and stronger measures other than a nationwide curfew may be needed to stem the pandemic.

The alarm bells are being sounded Wednesday by the head of Paris hospitals and an infectious diseases expert who say the new contagious variant is stretching the healthcare system.

“We fear it will be extremely tough, especially in March,” Karine Lacombe, head of infectious diseases at Paris’ Saint Antoine hospital, told local media said. “On a local level … when the number of admissions in ICU units will ramp up, we probably will need more restrictive measures than the curfew.”

ICU cases have been rising steadily over the past 10 days.

She said that the coming weeks will be critical as the dynamic of the pandemic will change. “We know this variant spreads much more quickly and, above all, it is more infectious,” Lacombe said.

A current night-time curfew across France and two previous lockdowns enforced by the government last year were aimed at preventing hospitals from being overwhelmed.

Martin Hirsh, the director general of the Paris hospitals system said on radio, said that “all the models reckon that sometime between mid-February [and] early February” cases would reach a peak. He said that the situation would be similar to those experienced by British, Irish and German health officials as the new variant took hold.

On Tuesday, official Covid-19 figures showed the seven-day average had increased to 18,820, its highest level since Nov. 23.