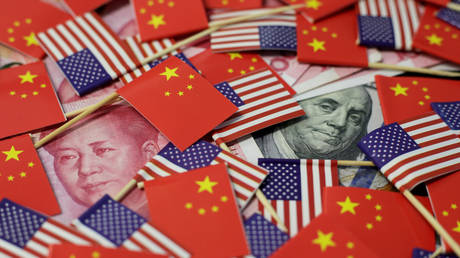 US President-elect Joe Biden’s nominee to be the secretary of state has said Trump’s tough approach on China was right, but claimed he disagreed with the tactics of the outgoing president.

“I think what we’ve seen in recent years, particularly since the rise of Xi Jinping as leader, has been that the hiding and biding has gone away,” Blinken told lawmakers during his Senate confirmation hearing.

“I also believe that President Trump was right in taking a tougher approach to China … I disagree very much with the way that he went about it in a number of areas, but the basic principle was the right one, and I think that’s actually helpful to our foreign policy,” he added.

Earlier on Tuesday, Secretary of State Mike Pompeo said China’s repression against the Uighur people in the far-western Xinjiang region amounted to genocide and crimes against humanity.

Asked if he agreed with Pompeo’s comments, Blinken responded: “That would be my judgment as well.”

“Forcing men, women and children into concentration camps, trying to in effect re-educate them to be adherents to the ideology of the Chinese Communist Party – all of that speaks to an effort to commit genocide,” he added.

China dismissed these accusations on Wednesday as “outrageous lies” and “poison.”

Genocide had “never happened in the past, is not happening now, and will never happen in China,” said Foreign Ministry spokeswoman Hua Chunying.

US-China relations have soured further over the past few months with Washington intensifying its campaign against Chinese influence.

In recent months, the US has introduced numerous anti-China sanctions, blacklisted Chinese companies and, in Beijing’s opinion, meddled in its domestic interests in Hong Kong, Taiwan, Xinjiang, and the South China Sea.

Beijing has repeatedly called on the US to desist.