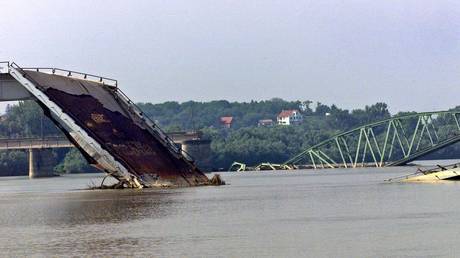 A team of legal experts is set to file the first cases against the NATO alliance on behalf of people who developed cancer after being exposed to depleted uranium munitions during the Serbian bombings in 1999.

The first lawsuit is expected to be filed before the Higher Court in Belgrade on Wednesday, following years of extensive work by a team of legal experts led by lawyer Srdjan Aleksic. Dozens of other lawsuits will be filed before other courts across the country as well. The team is seeking to win compensation of at least €300,000 ($363,500) for each Serbian victim who developed cancer.

“We are talking about the highest courts, to which we will file five lawsuits. The victims are natural persons – deceased and sick soldiers and police officers of the Federal Republic of Yugoslavia, who were in Kosovo in 1999. At the first stage, we want them to be identical cases, as in the Italian military,” Aleksic told Sputnik, referring to hundreds of Italian NATO soldiers who suffered from cancer and other severe conditions after being exposed to depleted uranium (DU) during the alliance’s campaign against Serbia.

The legal team has received support from Angelo Fiore Tartaglia, an Italian lawyer who successfully represented affected solders in court.

“He has 181 court rulings, which have already entered into force in Europe. He will be a member of my legal expert team,” Aleksic stated, expressing optimism over the cases’ prospects, given all the evidence the team has gathered.

“We have more than 3,000 pages of materials, including verdicts, expert opinions, materials of a special Italian government commission. We have collected enough evidence,” he said.

While the use of DU munitions in the Balkans has been openly admitted by NATO, proving a link between them and cancer proved to be an extremely difficult task, with the alliance denying any such correlation.

In its 2000 report on depleted uranium – which is used to make the hardened cores of armor-piercing rounds – NATO acknowledged that it used some 10 metric tons of the material during its Kosovo campaign, and 300 times more during the First Gulf War.

While the report acknowledged that the material poses a threat due to its toxicity in an “aerosol form” – basically, when the armor-piercing core is evaporated during a hit – it maintained that DU is not “particularly highly radioactive” and poses “practically no danger” when ingested or entering body directly through wounds.

At the same time, the alliance admitted that “in the vicinity of the impact point of DU ammunitions, it is not excluded that individuals unaware of the contamination… could have accumulated radiation doses and/or could have incorporated uranium quantities exceeding the internationally recognized limits.”

The use of DU was also acknowledged by the UN International Criminal Tribunal for the former Yugoslavia, but it said that “there is no specific treaty ban on the use of DU projectiles.”