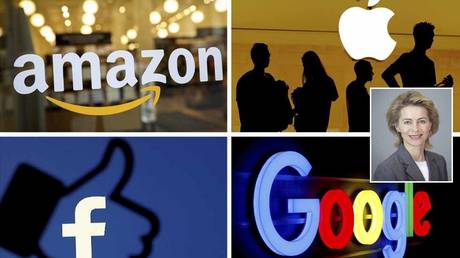 European Commission President Ursula von der Leyen has sent a message to US tech companies ahead of President-elect Joe Biden’s inauguration, warning that Silicon Valley CEOs can’t decide their own laws and rules.

During a speech delivered in the European Parliament, von der Leyen laid out a series of areas in which the European Union (EU) is hoping to work with the incoming Biden administration, including climate change and the regulation of American-based tech companies that have an international reach.

The EU has been working to introduce global standards for digital companies that provide a clear set of rules and responsibilities for the way they operate and the content that is distributed via their sites. However, rebuffing suggestions from tech giants to allow them to moderate themselves, von der Leyen was clear that governments must now intervene.

This kind of decision must be taken in accordance with laws and rules…not by an arbitrary decision in the power of Silicon Valley CEOs.

Citing the recent attack on the US Capitol and linking the behavior of those President Donald Trump supporters to division and disinformation that appeared online, von der Leyen said in a tweet that regulation must be imposed on social media sites to “ensure that hate & fake news can no longer spread unchecked.”

This is not the first time that the EU has sought to control the power of social media companies and tech giants. Google has been a target of the EU’s antitrust body in recent years, with the search engine having been hit with over $9 billion of fines, and further investigations are underway.

At the end of 2020, the EU, backed by von der Leyen, unveiled its Digital Services and Digital Markets Act, which aims to introduce rules across Europe that tech companies must abide by. It aims to make the cyberspace arena safer and create a level playing field for companies within it.

Relations between the EU and the US became strained during Trump’s presidency, after the Republican leader pulled out of a number of international agreements, such as the Paris Climate Accord, and demanded that NATO partners in Europe pay a greater contribution to the military alliance. Expressing her hope for progress and, potentially, securing a final jab at the outgoing US president, von der Leyen declared that “After four long years, Europe has a friend in the White House.”