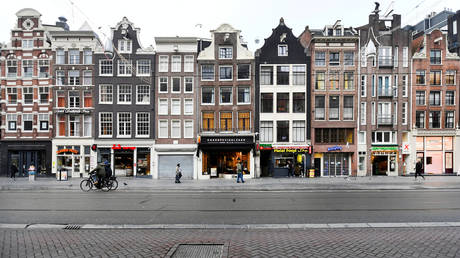 The Dutch acting prime minister has said the country will introduce a number of new measures to tackle the coronavirus pandemic, including a curfew and a travel ban on 17 countries.

Speaking on Wednesday during a press conference, acting Prime Minister Mark Rutte introduced new measures to contain the spread of Covid-19, noting: “We must do our utmost to stay ahead of a third wave.”

The government will still need to convince skeptical lawmakers to back the 8:30pm to 4:30am curfew before it can be enforced, as Rutte’s administration is in caretaker mode since resigning last week. It’ll be the first curfew imposed on the country since World War II.

The prime minister also said that his government will ban flights from the UK, South Africa and South America beginning Saturday for a month. Health Minister Hugo de Jonge emphasized that the British variant, among others, is a lot more contagious and efforts were needed to be made to stop the strain growing in the Netherlands.

Rutte also recommended the limiting of household visits. “Home visits are an important source of contamination… Do not receive more than one person at home who is over 13 years old,” he noted.

On Wednesday, Dutch health authorities registered 5,615 new cases, taking the country’s total to 927,110 infections, making it one of the most coronavirus-afflicted nations per capita.

The Netherlands has also made slow progress on inoculations, vaccinating only 77,000 people against the virus. By comparison, more than 4,200,000 have received at least one vaccine dose in the UK.