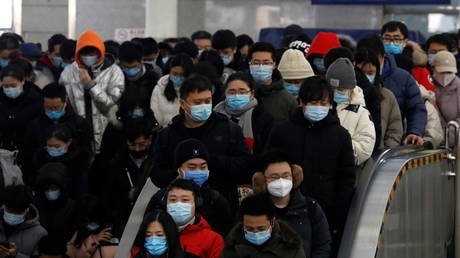 China will require fresh negative Covid-19 tests for people wishing to visit their home towns during the Lunar New Year celebrations. Officials fear that traditional holiday travel could undermine the fight against the virus.

The Lunar New Year travel phenomenon, when millions leave big cities for rural areas to spend time with parents and relatives, has been described as the biggest annual migration in the world.

Chinese authorities fear that unchecked mass movement can wipe out all the success in containing Covid-19.

The National Health Commission said on Wednesday that those wishing to visit their home towns and villages will have to submit a negative coronavirus test at least seven days before the trip. Once they arrive, they also have to quarantine for two weeks and get tested every seven days, while paying for the tests themselves.

Companies were urged to discourage employees from holiday travel with bonuses and gifts, and some cities will provide subsidies for migrant workers choosing to stay.

“Encouraging people to celebrate the holiday in cities where they work is expected to largely reduce population flows, which is of great significance for epidemic control,” a senior health official, Chen Yongjia, was quoted by Chinese media as saying.

More than 20 provinces issued notices earlier this month, asking people to refrain from “unnecessary” travel. Localities across China have taken steps to limit family gatherings and enacted additional restrictions on activities in hotels and restaurants, as well as on weddings and funerals.

Overall, authorities are bracing for around 1.7 billion trips this holiday season, the Global Times reported.

China was the first nation to be hit by a Covid-19 outbreak early last year. Beijing managed to largely contain the spread of the virus through strict lockdowns and a vigorous mass testing program.

However, clusters of infection have been popping up across the country, prompting new lockdowns.

Health officials recorded 144 new cases on Wednesday, which is the highest daily number of infections since March 1, 2020. According to the Global Times, there were nearly 760 locally-transmitted cases in China over the past week, and the number of people under “medical observation” was at its highest level since October.