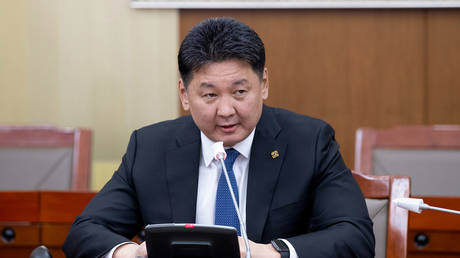 Mongolia’s Prime Minister Ukhnaagiin Khurelsukh has announced his resignation, after a woman who had just given birth wasn’t given warm clothes as she was being transferred for Covid-19 quarantine.

“Two days ago, a woman was transported to the National Center for Communicable Diseases in an irresponsible and inhumane manner,” the PM said on Thursday, apologizing for the incident. “I am a father. It was a heartbreaking experience for me as father and prime minister.”

Khurelsukh said he had been planning to work with “the whole team” in the cabinet, but that had become impossible after both the country’s deputy prime minister and health minister resigned on Wednesday.

“Therefore, the Prime Minister should assume the responsibility upon himself and accept the demand from the public,” Khurelsukh said.

According to the Montsame news agency, on Tuesday, a television crew filmed a woman and her newborn baby being transferred from a maternity ward to an infectious diseases hospital where she would be quarantined.

The public was outraged that the woman was wearing only a hoody, sweatpants, and slippers as she was being transported in freezing weather to the ambulance by a medical worker in protective gear. The woman had been diagnosed with Covid-19 earlier that day.

The video quickly went viral, prompting people to stage a rally in the country’s capital Ulaanbaatar to demand that officials were held accountable for her treatment.

The hospital has apologized to the woman and her family.

Sparsely populated Mongolia has had only 1,584 cases of the coronavirus and two deaths.