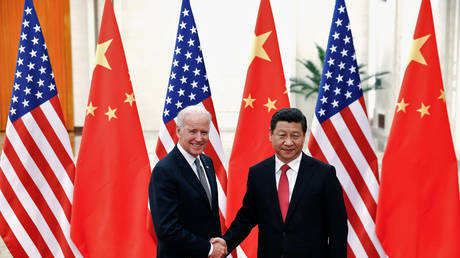 The Chinese foreign ministry has welcomed the emphasis on unity and healing in President Biden’s inauguration speech, but warned there is a considerable amount of work to be done to repair Sino-US relations.

Speaking on Thursday, Chinese Foreign Ministry spokesperson Hua Chunying told reporters she was hopeful relations between Beijing and Washington would improve, after she had watched President Joe Biden’s inauguration speech.

“The past few years have been particularly difficult. I think, after experiencing some very difficult and extraordinary times, the people of China and the United States deserve a better future,” Hua stated.

The spokeswoman highlighted the challenges left by the departed Trump administration, and criticized the former US Secretary of State, Mike Pompeo.

In the past few years, the Trump administration, especially Pompeo, has laid too many mines in Sino-US relations which need to be cleared, burned too many bridges which need reconstruction, and destroyed too many roads which are now in need of repair.

“As long as you make up your mind, everything is possible. I believe that with the joint efforts of both sides, the good angels in Sino-US relations will surely defeat the evil forces.” Hua added.

US-China relations have soured further over the past few months, with Washington intensifying its campaign against Chinese influence.

In recent months, the Trump administration had introduced numerous anti-China sanctions, blacklisted Chinese companies, and, in Beijing’s opinion, meddled in its domestic interests in Hong Kong, Taiwan, Xinjiang, and the South China Sea.

“Forcing men, women, and children into concentration camps, trying to in effect re-educate them to be adherents to the ideology of the Chinese Communist Party – all of that speaks to an effort to commit genocide,” Blinken stated.

China dismissed these accusations on Wednesday as “outrageous lies” and “poison.”