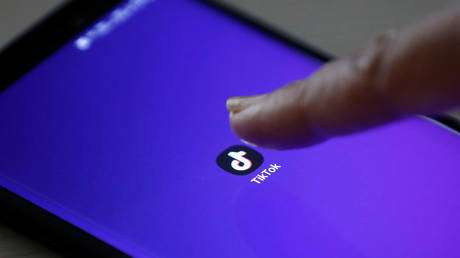 Prosecutors have opened an investigation into the death of a 10-year-old girl who reportedly took part in the ‘blackout challenge’, a viral game that has gained popularity on TikTok.

The girl passed away in Palermo, Italy on Wednesday. She was found by her younger sister after the viral challenge she was reportedly attempting to recreate went tragically wrong.

The ‘blackout challenge’ has been criticized and discouraged by medical officials after young people started choking themselves on camera in an attempt to get a temporary high from restricting oxygen to the brain.

Licia Ronzulli, the president of Italy’s parliamentary commission on child protection, issued a damning criticism of social media companies that allow such content to spread on their platforms, calling for stricter regulation to protect users, particularly those under the age of 18.

Social networks can’t become a jungle where anything is allowed.

A spokesperson for TikTok refuted accusations that it was responsible for the incident, highlighting its safeguarding measures. In a statement, the company said, “We do not allow any content that encourages, promotes or glorifies behaviour that could be dangerous.”

The investigation from law enforcement comes at a time when TikTok is already facing a lawsuit from Italy’s data protection agency. The court action that was launched in December accuses the tech company of providing a “lack of attention to the protection of minors,” given how easy it is for young children to set up an account on the site.