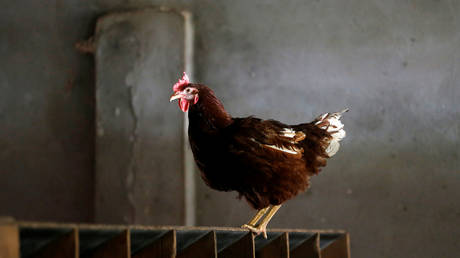 The Czech Republic has reported its second H5N8 bird flu outbreak in as many days after not seeing any for nearly a year, its State Veterinary Administration said on Friday.

Around half of a flock of 30 birds died in the outbreak at a poultry farm in the Tabor region, 99 kilometers south of the capital Prague, which officials said was probably contracted from wild ducks at a nearby pond.

All poultry at the farm will be slaughtered, while vets have set up three- and 10-kilometer exclusion zones within which a series of health measures will be imposed, including banning poultry exports.

The infection follows another H5N8 bird flu outbreak reported in the country on Thursday, in which two swans died in the nearby area of Pisek.

This was the Czech Republic’s first bird flu outbreak in a year, according to Czech news site CTK.

Last year hundreds of thousands of birds were killed across Europe after numerous outbreaks in several countries of the highly infectious disease. The H5N8 strain of bird flu is considered low-risk to humans, but is lethal for birds and can spread quickly through flocks.