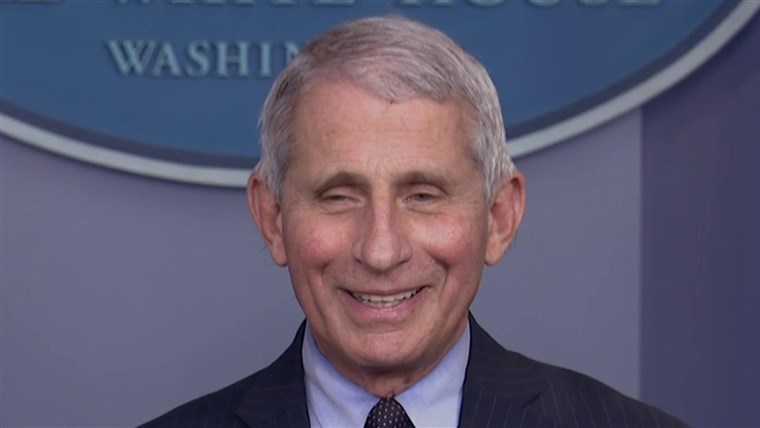 Dr. Anthony Fauci, who for nearly a year was forced to endure a close-up look at Donald Trump’s catastrophic coronavirus response, is finally free and barely containing his well-earned excitement over the arrival of the Biden administration, and with it, the return of science at the podium and his newfound freedom to share public health advice without restrictions.

But his biggest joy in all of this might be finally getting to appear on Rachel Maddow. Just look at how happy our nation’s leading expert on infectious diseases looked during a segment on Friday night:

Refreshed and relieved, Fauci also didn’t mince words about the Trump administration’s efforts to thwart basic tenants of transparency and bar him from certain media appearances, namely Maddow’s MSNBC show. “‘Why would you wanna go on Rachel Maddow’s show?’” Fauci said, recalling a conversation with the Trump White House. “Well, because I like her and she’s really good!”

In the months ahead, as the country fights the pandemic and struggles to finally install a federal vaccination program, here’s to hoping we see more of Fauci unleashed.