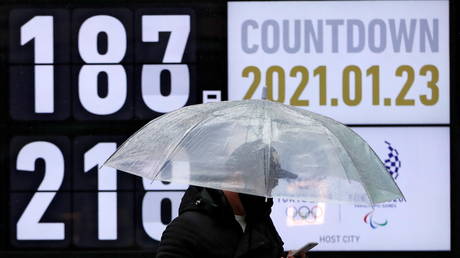 A British research firm has said that Japan is unlikely to reach herd immunity against the coronavirus until October, many months after the Olympics is due to take place, with vaccinations not due to start until February.

Japan’s mass inoculation program will not allow the country to reach herd immunity – around 75 percent of the population – until October, Rasmus Bech Hansen, the founder of British research firm Airfinity, told Reuters on Monday.

“Japan looks to be quite late in the game… They’re dependent on importing many (vaccines) from the US. And at the moment, it doesn’t seem very likely they will get very large quantities of, for instance, the Pfizer vaccine,” Bech Hansen added.

“There simply aren’t enough vaccines for all the countries that Pfizer made agreements with,” he said.

“America needs 100 million more Pfizer vaccines to be on the safe side to reach their goals, and a lot of those 100 million would come from the Japan pile.”

The forecaster’s predictions cast further doubt on the fate of the Tokyo Olympics, currently due to start in July.

Japan has deals to purchase 314 million doses from Pfizer, Moderna, and AstraZeneca, but it won’t start inoculating until February.

A study published by the Japan Press Research Institute on Sunday also shows that the public is concerned about Japan’s hosting of the Olympics. Over 70 percent of respondents wanted to see the Games either postponed or cancelled.

More than 83 percent of those who opposed holding the Games this summer believe the sporting event could lead to a sharp increase in the virus’ spread as people fly in from around the world.

Cancelling the games could be a huge waste of money for the Japanese government. Japan has spent around $25 billion on constructing sporting venues, infrastructure, and other preparations for the event.