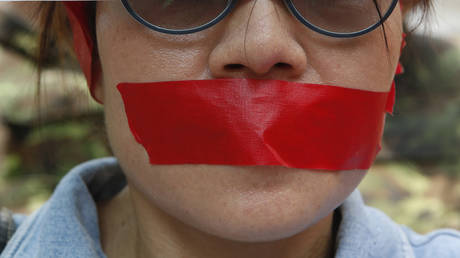 A well-known British intellectual has launched an organisation whose stated mission is to provide resources and guidance to those facing ‘cancellation’ in the workplace or elsewhere, eliciting cheers as well as groans.

The new group, Counterweight, will help individuals “resist the imposition of Critical Social Justice (CSJ) on their day to day lives.” A video featured on Counterweight’s website describes ‘woke’ activism as a “restrictive ideology” that cares more about a person’s identity than their character or actions. The organization has pledged to provide “mental health support” and other forms of aid to “casualties of the culture wars.”

Created by writer and self-described “leftist” Helen Pluckrose, the organization bills itself as a non-partisan community that advocates for “liberal concepts of social justice that include individualism, universalism, viewpoint diversity and the free exchange of ideas.”

Pluckrose found herself in the public spotlight after she was revealed as one of the co-conspirators in a headline-grabbing gimmick in which absurd and bogus academic papers were submitted to and published by journals focusing on social justice issues.

Known as the “grievance studies affair,” the hoax academic papers made Pluckrose a leading commentator on postmodernism and identity politics within academia.

Counterweight, starring @HPluckrose, launches today. This important new initiative will help stand up for those being cancelled or under threat of cancellation at work: https://t.co/PInatS4Jjb

In contrast, social justice proponents on Twitter lambasted Pluckrose as a “faux-leftie,” describing Counterweight as a “sham” group.

This is yet *another* sham campaign group/think-tank which is closely attached to the Battle of Ideas/Spiked Online/Civitas/Tufton Street nexus. Helen Pluckrose is a long-time Spiked Online contributor, faux-leftie, and Claire Fox protégée. pic.twitter.com/pVGiDwQ5zH

Several observers struggled to comprehend why Counterweight was even necessary.

Good morning to you & welcome to yet another day on Normal Island pic.twitter.com/2hvaFEiUi6

Meanwhile the actual Citizens Advice service will continue to advise on debt management, legal disputes, consumer complaints and housing issues. Which I imagine are more real and pressing issues for many. HT @WorldofGoodBook https://t.co/b6whs47PhS

One commenter argued that Counterweight would have little legal recourse, as many businesses and organisations have every right to “put their values into action.” But Pluckrose rejected this criticism, arguing that history has shown again and again that just because something is legal, doesn’t make it right.

“You’re not going to appeal to anybody genuinely liberal by appealing to what the rules are. Make an argument for why they should be that way,” she wrote.

Sorry, don’t care much about the rights of corporations to impose their values on their employees. I’m a leftist. I’m proud that my mother didn’t just sign up to women not being allowed high-powered careers when she worked for a bank. She resisted it. She won. So will we. https://t.co/EMnxDUgeUt

Although opinions on the issue vary, much of the Western world has seen ‘woke’ philosophy gain a more prominent foothold in workplaces, universities, media outlets, and other institutions. Earlier this month the Washington Post invented a new term, multiracial whiteness, to explain support for Donald Trump among black voters, apparently suggesting that no one who is “really” black would back him.