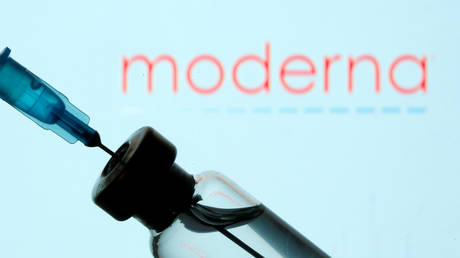 US biotech firm Moderna said on Monday that it was starting trials for another Covid-19 vaccine to immunize people against a mutant strain of the virus recently discovered in South Africa.

The company also said laboratory tests had shown that two doses of its current Covid-19 shot are effective against the variant, known as 501.V2, as well as the B.1.1.7 strain of the virus found in Britain late last year.

Moderna did stress, however, that the immune response generated by the vaccine appeared to be six times weaker against the South African variant compared to the previous Covid-19 strain, although with antibody levels still above the threshold required for protection.

The findings, which have not yet been peer-reviewed, are from a Moderna study in collaboration with the National Institute of Allergy and Infectious Diseases in the US.

Moderna CEO Stephane Bancel said in a statement that the company is trying to determine if its booster candidate will be more effective in creating blood antibodies against 501.V2 and “potentially future variants.”

The pharma firm’s current Covid-19 vaccine is being rolled out in Europe, the US and elsewhere following its approval by local regulators.

The trials of the company’s new booster are being carried out with the US National Institutes of Health, and will involve several thousand participants given either a second shot of the original vaccine or a booster shot.

Like Pfizer’s Covid-19 jab, Moderna’s uses technology known as RNA – or mRNA – which triggers an immune response by prompting cells to make a piece of spike protein, as opposed to traditional vaccines, which often use a weakened form of a virus.

The 501.V2 variant was discovered in South Africa last year and is more easily transmissible due to a mutation that allows it to bind more easily to human cells.

British Health Secretary Matt Hancock said on Sunday that 77 cases of 501.V2 had been detected in the UK, although there was no evidence to suggest community transmission of the variant had taken place.