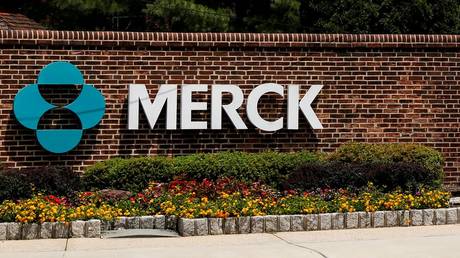 With Pfizer, Moderna and Sputnik V shots being widely distributed since December, US pharma giant Merck and its partner Institut Pasteur in France have canceled their coronavirus vaccine projects due to low immune responses.

Merck, known as MSD outside North America, said on Monday that it was discontinuing the development of two of its vaccine candidates.

The decision was made after the results of Phase 1 clinical trials revealed that the immune responses produced by the candidates were inferior to those found in people who were cured from the coronavirus, as well as in rivaling vaccines.

“We are grateful to our collaborators who worked with us on these vaccine candidates and to the volunteers in the trials,” Dr. Dean Y. Li, the head of Merck Research Laboratories, said.

The US company will now focus its efforts on two therapeutic candidates it had been developing, while also continuing research into the virus, which has already infected over 99 million and killed more than 2.1 million people around the globe.

One of the canceled candidates was developed by Merck together with Paris-based French Institut Pasteur, which also confirmed that their work on the project has been scrapped.

The immunization that was based on a vaccine against measles had been in trials since early August. It was never a part of the French government’s vaccination program.

Institut Pasteur will continue with its two other vaccine projects – one designed for nasal distribution and the other being DNA-based. However, both of them are only in the preclinical stage.