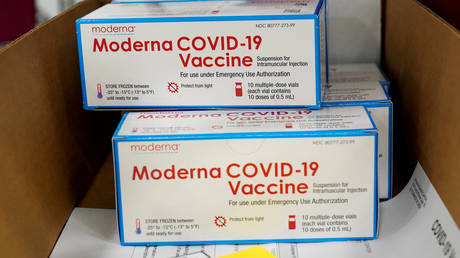 The Polish government has announced that Moderna has cancelled a delivery of its Covid-19 jab originally planned for Tuesday morning, forcing the country to consider modifying its vaccination schedule due to supply issues.

The Polish prime minister’s top aide, Michał Dworczyk, announced the delay at a press conference on Monday morning, although he did not initially explain the reason for the failure to secure the vaccines as previously agreed.

Unfortunately tomorrow’s delivery of Moderna vaccines has been cancelled. We will be modifying the vaccination schedule if needed.

According to the government, the delay in delivering the batch is expected to be temporary, with the company informing them that the vaccines could be supplied by Saturday or Sunday at the earliest.

As a member of the EU, Poland has received Covid-19 vaccines that have been approved by the bloc through its procurement scheme, as well as ordering vaccines directly from drug manufacturers.

The country has currently ordered 45 million doses and its vaccine rollout is already underway, with 700,000 members of the first priority group – the elderly and healthcare workers – having been inoculated so far. By the end of the first quarter of 2021, the country is hoping to have vaccinated three million citizens.

Since the start of the pandemic, Poland has reported over 1.4 million confirmed cases and 35,363 fatalities from Covid-19, having experienced a significant spike in the virus towards the end of last year.