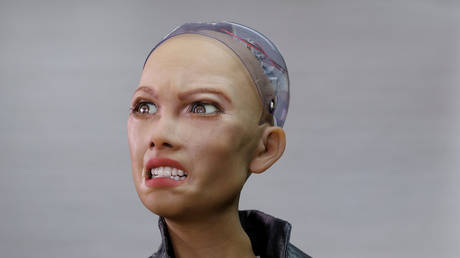 Hong Kong-based Hanson Robotics, makers of the viral sensation humanoid robot Sophia, have announced plans to mass-produce robots by the end of 2021 for use in multiple sectors in the pandemic economy.

The company will ramp up production of four models, including Sophia, and its new ‘Grace’ robot which will be sold for use in the healthcare sector.

“The world of Covid-19 is going to need more and more automation to keep people safe,” founder and chief executive David Hanson claimed.

Hanson foresees a robotic renaissance, not just in healthcare but in the retail and airline sectors as well, an outcome which would improve his company’s bottom line but imperil an already battered global workforce which took an unprecedented beating in 2020.

“Sophia and Hanson robots are unique by being so human-like,” he added. “That can be so useful during these times where people are terribly lonely and socially isolated.”

The CEO said his company had set a goal of selling “thousands” of units but declined to go into more detail.

Social robotics professor Johan Hoorn, who worked with Sophia in the past, believes the pandemic may propel the robotics industry rollout faster than the regular economy would otherwise have.

“I can infer the pandemic will actually help us get robots earlier in the market because people start to realise that there is no other way,” said Hoorn, of Hong Kong Polytechnic University.

Robots have already been out in force during the pandemic, with authorities finding them particularly useful for enforcing coronavirus measures.

Boston Dynamics’ Spot robot was deployed near the beginning of the pandemic to enforce social distancing adherence in public spaces in Singapore. Italian police used drones to enforce lockdown rules.

Meanwhile, SoftBank Robotics’ Pepper robot was used to alert authorities when people weren’t wearing masks and CloudMinds created a robot-run field hospital during the peak of the Covid-19 crisis in Wuhan, China.