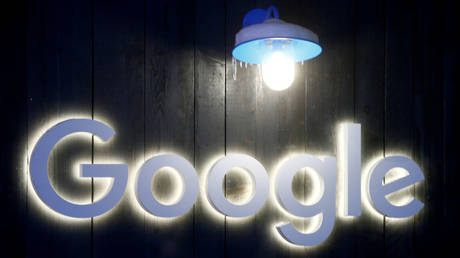 After making history earlier this month with a hundreds-strong North American union, employees of Google and its parent company Alphabet have taken their union organizing global, bringing together workers from 10 countries.

The Alphabet Workers Union, formed by Google and Alphabet employees in the US and Canada earlier this month, has joined forces with 12 other unions of Googlers, uniting workers in 10 countries under the umbrella of Alpha Global. The new global union is affiliated with UNI Global Union, a 20-million-strong association of labor unions that includes some Amazon employees.

In addition to the US and Canada, Google unions in the UK, Ireland, Switzerland, Italy, Germany, Denmark, Finland, Sweden, and Belgium have joined the project. The mega-union’s formation was announced in a press release on Monday.

While the Alphabet workers hail their employer as “an architect of the new world of work” and a “major incubator of innovations,” they also lament its role as “a creator of inequalities, implicated in sexual harassment and oppression of sexual minorities and people of color.”

It is a place where many workers came to change the world – to make it more democratic – only to find Alphabet suppressing speech and cracking down on worker organizing while consolidating monopolistic power.

Alpha Global, like the Alphabet Workers Union, will aim to make change at Google by “building worker solidarity” rather than forcing the tech behemoth to the negotiating table – something it legally cannot do. Nor can it make Google sign a neutrality agreement, which would prohibit the company from union-busting. Nevertheless, the show of transcontinental worker unity represents a historic step in the typically union-averse climate of Big Tech.

By working with UNI Global Union, Googlers may hope to replicate the recent successes of Amazon employees. While the Amazon workers don’t have a legally binding agreement in place with the e-commerce giant, UNI Global Union’s ‘Make Amazon Pay’ campaign last month gained the support of over 400 legislators in 34 countries with its demands for improved working conditions, paying its fair share in taxes, and taking responsibility for its carbon footprint.

Amazon has been subject to intensified scrutiny given its surge in profits during the Covid-19 pandemic and is, like Google, currently facing a raft of antitrust legislation in the US, EU, and elsewhere. Both corporations have faced public outcry for their heavy-handed efforts to control the flow of information, and both have been raked over the coals by their own employees for allegedly collaborating with repressive regimes (including the US government’s immigration authorities, in Amazon’s case) on facial recognition and other AI products.

“The problems at Alphabet – and created by Alphabet – are not limited to any one country, and must be addressed at a global level,” UNI General Secretary Christy Hoffman told the Verge, which was the first outlet to publicize the global union’s formation. Alpha Global will elect its own steering committee, choosing representatives from Google and UNI itself.

AWU has experienced phenomenal growth since its establishment earlier this month, exploding from 230 members to over 700 in just the first week of its existence. At the same time, Google employees seem to have grown more confident voicing their discontent over the company’s policies as worker organizing drives have grown. Meanwhile, governments have largely proven themselves gun-shy when it comes to following through on threats to police Google. Where fines are issued, they are often pitifully small in comparison to Google’s massive profits.

“If [global tech companies like Google] are acting in this way nearly entirely unchecked by governments then there is no hold on what they can do,” Irish union organizer Fionnuala Ni Bhrogain told the Verge. “That power needs to be checked, and it’s only through collective action that workers are able to do that.”