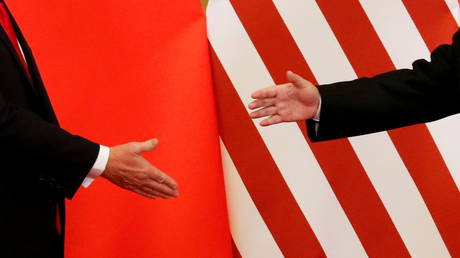 The Chinese foreign ministry has reiterated its hopes for better relations with the new US administration of Joe Biden, urging the incoming President to learn from Trump’s errors and not to treat Beijing like a threat.

“In the past few years, the Trump administration has made strategic errors, treating China as a strategic competitor or even a threat, and accordingly adopted a series of wrong actions that interfere with China’s internal affairs and harm China’s interests,” Zhao stated.

The spokesman added that as the two global superpowers, China and the US should have a common interest in sustaining world peace as well as promoting development and prosperity around the world.

“Cooperation is the only correct choice for both parties. We hope that the new US administration can learn from the Trump administration’s wrong policy towards China,” Zhao said.

Zhao concluded that Beijing hoped cooperation would be at the heart of the future Sino-US relationship.

On Monday Beijing slammed US military in South China Sea, adding that they’re “not conducive to peace” and urged Washington to rethink its Taiwan policy.

The comments came after the USS Theodore Roosevelt and three warships entered the South China Sea on Saturday. The US military said the move was to promote “freedom of the seas,” just days after President Joe Biden took office.

Meanwhile Taipei reported numerous incursions by the Chinese military into its airspace over the weekend, prompting the new US administration to reaffirm its commitment to the defense of Taiwan, which Beijing considers its territory.