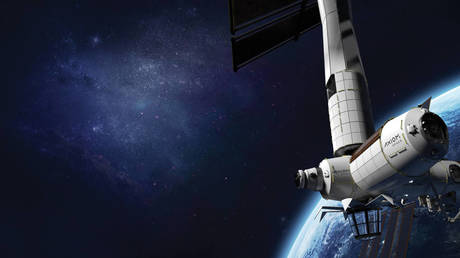 A Houston-based company has announced the first commercially operated spaceflight mission, which will bring a crew of four private citizens to the International Space Station at a cost of $55 million per person.

The so-called ‘Ax-1 mission’ will be operated by private company Axiom Space, which boasts a former NASA astronaut Michael López-Alegría on its board.

Company vice president López-Alegría will serve as mission commander while American entrepreneur Larry Connor will pilot the mission, which is scheduled to take place no earlier than January 2022 aboard a SpaceX Crew Dragon.

The first private ISS crew in the history of humankind has been assembled.

Axiom Mission 1 (Ax-1): The start of a new era. pic.twitter.com/vBlr0ASRhj

Axiom Space, founded in 2016, eventually plans to offer private and national astronaut flights up to twice a year in accordance with NASA’s own scheduling, though its plans extend far beyond that.

The US Congress wants to de-orbit the International Space Station by the end of 2030 and, with this in mind, NASA commissioned companies to create a private “hotel” for the space station which could attach to the structure as early as 2024.

Axiom Space is among the frontrunners to develop this “space hotel” which may one day become a space station in its own right, assuming all goes well.

Private spaceflight has long stalled, but recent breakthroughs by companies like SpaceX, Blue Origin, Boeing and Northrop Grumman have paved the way for a new era in manned spaceflight as humanity moves further into the 21st century.