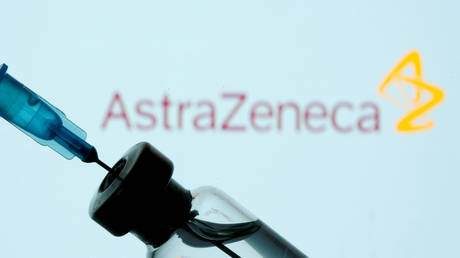 The German Health Ministry has denied reports by two of the country’s newspapers that the AstraZeneca Covid-19 vaccine has an efficacy of just eight percent in over 65s, accusing the reporters of mixing up their numbers.

Bild and Handelsblatt published separate articles in their respective daily newspapers that claimed the low numbers. In its report, Bild argued that German officials were so concerned by the data, they feared that the AstraZeneca vaccine might not be approved by the European Medicines Agency (EMA).

The German Health Ministry strongly pushed back on both stories in a statement released on Tuesday morning, accusing the journalists behind them of having “mixed up two things” within the available data.

At first glance it seems that the reports have mixed up two things: About eight percent of those tested in the AstraZeneca efficacy study were between 56 and 69, only three to four percent over 70.

The UK and AstraZeneca have both joined the German Health Ministry in denying the reports. The UK has already granted authorization for the use of the AstraZeneca Covid-19 vaccine, which is domestically produced. Politico reported that a UK government official agreed with German officials that “the reporter got mixed up,” and stated that they have “no idea where their number comes from.” There was even some suggestion that the story was not based on science but instead related to the political debate caused by the “vaccine supply crises.”

AstraZeneca asserted clearly on Monday that the reports in the German media are “completely incorrect,” highlighting the data they provided to The Lancet back in November, which shows “older adults showed strong immune responses to the vaccine, with 100 percent of older adults generating spike-specific antibodies after the second dose.”

As denials were mounting over the report, Handelsblatt’s Gregor Waschinski took to Twitter to defend the reporting, arguing that “this is not an academic preprint but a sourced piece of [political] reporting that tries to shed light on the decision making processes and the obstacles in the race for a Covid vaccine.”

He claimed AstraZeneca has not provided enough data on participants of over 65, and “according to our sources, the preliminary data is not viewed as very encouraging.”