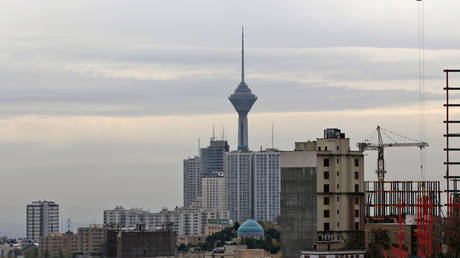 An Iranian-American national has been arrested in Iran, the country’s judiciary has said. The man, who is facing spy charges, is said to have skipped bail and attempted to leave the Islamic Republic.

The arrest was announced by judiciary spokesman Gholamhossein Esmaili during an online news conference on Tuesday.

“The defendant had been free on bail…and was arrested as he tried to leave the country,” Esmaili said, as quoted by Reuters. “This person…faced charges from earlier in the area of spying and gathering information for foreign countries.”

The official did not provide any further detail, such as the defendant’s name or where the arrest was made.

The description of the incident, however, appears similar to the arrest of an Iranian-American businessman Emad Edward Sharqi, which was reported by the Iranian Young Journalists Club (YCG) news agency earlier this month. Sharqi was grabbed by Iranian law enforcement as he tried to leave the country through its western borders.

According to YCG, Sharqi is the deputy head for international affairs at Sarava, an Iranian venture company.

The businessman is said to have been sentenced to 10 years behind bars for “espionage and gathering military information” last year. He was released on bail shortly afterwards and had been awaiting an appeal trial before his ill-fated escape attempt.