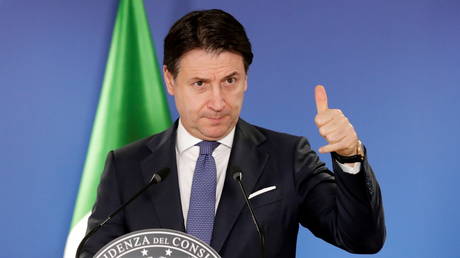 Italian Prime Minister Giuseppe Conte has resigned after being urged by members of his own government to step down and form a new coalition, a statement from the president says.

The move has been described as Conte’s best shot at remaining in power, after a small party led by former PM Matteo Renzi, Italia Viva, pulled out of the ruling coalition, costing the government its absolute majority in the Senate.

Italia Viva’s exit from the coalition triggered a political crisis resulting in a vote of no confidence in both houses of parliament. Conte survived both votes but his coalition partners have reportedly urged him to step down and rebuild the government. Conte will have to receive a mandate to form a new government from President Sergio Mattarella in order for his plan to succeed.

If he manages to form a new coalition, it would be his third administration in less than three years. However, there are already clear political hurdles in his way. Politicians from the two main coalition parties, the Five Star Movement (M5S) and Democrat Party (PD), have signaled that they will not work with Renzi again, meaning that Conte will have to look elsewhere if he hopes to secure an absolute majority in parliament.

The economic and social climate in the country may also be unfavorable for Conte. Italia Viva left the government due to the country’s controversial handling of the Covid-19 pandemic and the resulting economic recession – issues which could continue to haunt the PM-hopeful.