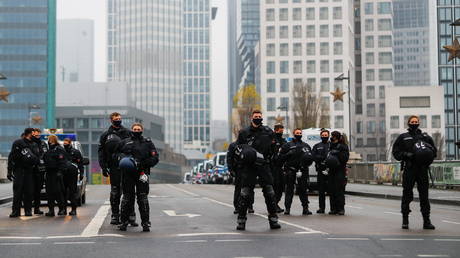 An assailant armed with a knife has been detained by police after wounding several people in Frankfurt, Germany. Law enforcement officials are piecing together the circumstances surrounding the incident.

The attack occurred at the city’s main railway station on Tuesday morning. The suspect was arrested after injuring “several” people, Frankfurt Police said in a statement on Twitter. There is no longer any danger to the public, but the attacker’s motives are still unclear, the force said, adding that it would provide more details when they become available.

Police cordoned off a large area around the scene of the attack, with police media reporting that a large number of emergency vehicles were spotted in the area. The Frankfurter Allgemeine Zeitung claimed that the suspect had acted under the influence of drugs, but officials have not confirmed the report.

In October, a knife attack in the German city of Dresden killed one tourist and left another person seriously injured. The suspect was identified as a 20-year-old Syrian man and prosecutors said they were treating the incident as a terrorist attack.