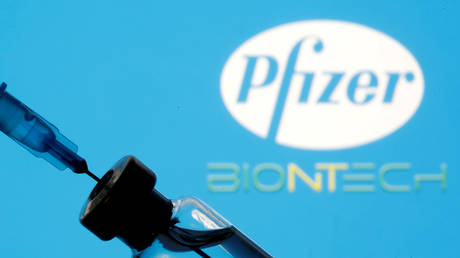 Sweden’s public health authority officials have told local media they are pausing payments to the pharmaceutical giant Pfizer until the company provides clarity on the number of vaccine doses in each vial.

Health officials have told the Dagens Nyheter that Pfizer had been charging EU countries as if there were six vaccine doses in each vial, despite the fact Sweden has been able only to extract five.

“It’s unacceptable. If a country only has the opportunity to receive five doses, it has received fewer doses for the same price” asserted vaccine coordinator Richard Bergström.

Another senior official told the newspaper that they had asked Pfizer to clarify how many doses of Covid-19 vaccines Sweden was paying for.

“Until then, we have told the company that we must wait with the invoices that are available until we get clarity on what applies,” Chief Epidemiologist Anders Tegnell said.

Pfizer Sweden confirmed to Dagens Nyheter that it had charged for six doses per vial.

On January 8, the European Medicines Agency approved increasing the number of doses in a vial of the coronavirus vaccine made by Pfizer and BioNTech from five to six.

However, extracting a sixth dose can be done only with a particular type of needle – to which Swedish health authorities do not have access.

Pfizer’s decision to start charging for six doses in a vial has reportedly been taken without EU permission, Dagens Nyheter reported.