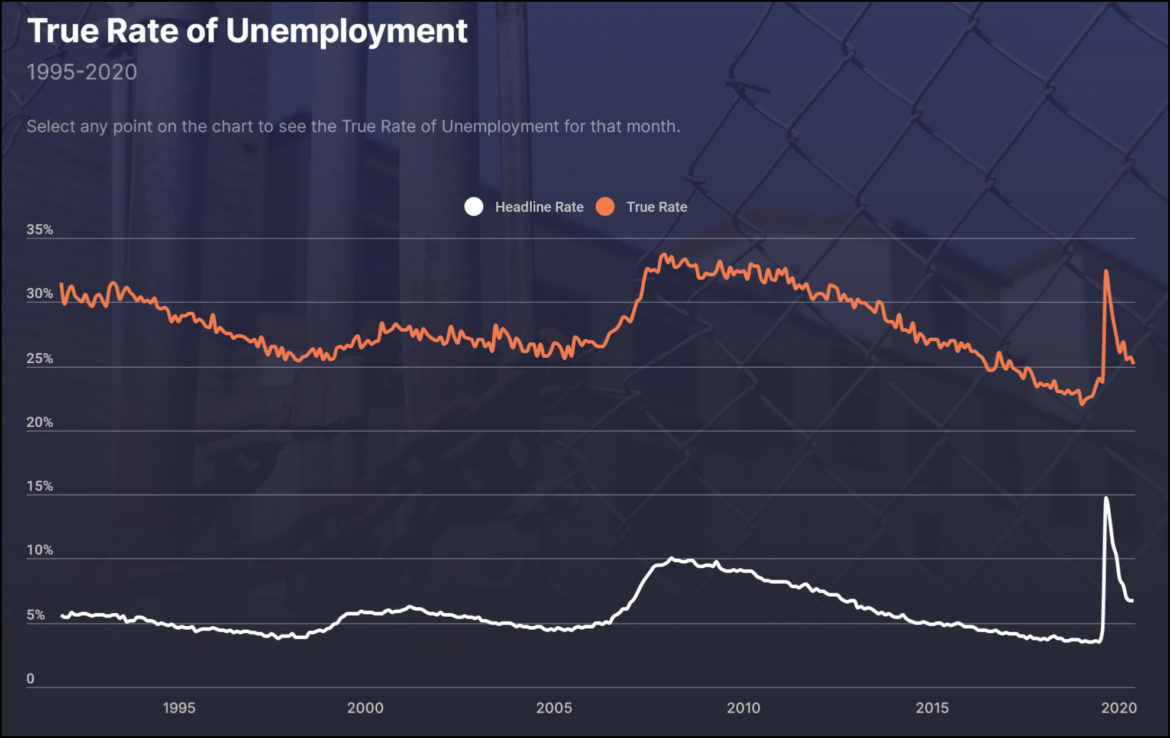 Here’s a headline in Politico:

Unemployment Is Much Worse Than You Think — Here’s Why.

Anyone who wants full-time work but can only find part-time work, and those working full-time but earning too little to climb above the poverty line, should be considered functionally unemployed. I’ve begun to calculate this, which I’ve dubbed the True Rate of Unemployment. And the TRU in December wasn’t 6.7 percent — it was an alarming 25.1 percent.

This is folly. There are dozens of ways of calculating underemployment, and all of them have their uses depending on what you want to know. They’re all “true” as long as you aren’t making up the underlying data.

But that’s not why I’m writing about this. The author doesn’t include a chart showing how TRU has changed, and it turns out that’s a good thing for his thesis. Naturally, though, I clicked the link:

Bottom line: Pay no attention to this kind of stuff. You can prove anything you want by creating your own custom index of employment metrics. There’s nothing wrong with it if it helps to illustrate something interesting, but by no means do any of these things show that unemployment is “better” or “worse” than we think it is.