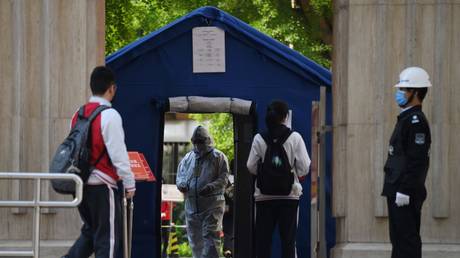 Beijing has announced that it will require people travelling to the city from low-risk areas of China to present a negative Covid-19 test, as part of a raft of measures introduced ahead of the Lunar New Year celebrations.

The restrictions will come into effect on January 28 and last until March 15, covering both the Lunar New Year festivities and the annual parliament meeting that occurs in the city. People who enter Beijing will have to undergo a 14-day health observation period, with a test taken on the seventh and 14th day after their arrival.

The spokesperson for Beijing’s city government, Xu Hejian, announced the new measures on Wednesday, over fears that travel during the holiday period could see people spread the virus around the country, causing a spike in cases.

In recent weeks, areas around Beijing have seen Covid-19 restrictions increased since the start of the year, as authorities took a ‘wartime mode’ approach to prevent a wider outbreak occurring in Shijiazhuang and Xingtai.  Last Friday, Hong Kong ordered thousands of residents to stay at home, as the city went into its first Covid-19 lockdown, imposing a quarantine until residents had tested negative.

The Lunar New Year sees millions of Chinese citizens move across the country, celebrating with friends and family, an event that the country’s National Health Commission vice minister, Zeng Yixin, warned would “further boost the risk of transmission.”

China, where the virus originally began in Wuhan, has reported 100,291 infections and 4,814 deaths since the start of the pandemic.